The reign of utter domination of Bigetron RA is over as many teams challenged them and Orange Rock came very close to steal away their victory. After a long month of hundreds of matches, here are a few key takeaways from this tournament:

Throughout the journey of a total of 109 matches played in this tournament, there were several times when Bigetron RA just could not perform with their complete potential. There was another reason to this lacking performance, other teams in the Eastern region have grinded so far that they all compete with equal morale. This is such a huge change from last global event where Bigetron were untouched at the top leading 100 points and now they had to battle it out with Orange Rock till the very end.

There was a period when Bigetron was ranked in the bottom four in League Play and could have missed the Super Weekends stage where their presence mattered the most. They made such a huge comeback on the next day and top the tables. This was a big jump from 19th spot to 1st spot in mere four games and the statistics speak for themselves. They have been one of the most consistent teams in PMWL East and always managed to retain the top spot in the end.

Bigetron RA are the monsters and their consistency in winning the PUBG Mobile major titles is unmatched by any other team in the world. According to Liquipedia, Bigetron has won almost every Major title that they played in 2020, coming runner ups in a couple of tournaments. They are the reigning global champions after winning two world championships back to back. From their debut in PUBG Mobile’s first international tournament PMSC 2018, they have absolutely dominated the PUBG Mobile competitive scenario and are one of the finest teams in the world.

If PMWL East results and PMCO Fall Global Finals are compared, it is clearly visible that Bigetron RA do not own the top spot with a huge gap now and always some team is ready to challenge them. The MVP title has been snatched away from Bigetron as bunch of players have claimed the titles now, including the players from BTR.

Bigetron still stand tall in the overall statistics of PMWL East. Bigetron has managed to earn The top fragger, headshot master, grenade master and combat medic title at the end of this series and their consistency remains unmatched in this tournament.

Although Bigetron RA hold the titles right now, their reign of domination is slowly falling down and in next global event, some other team may hold the trophy and become next world champions.

India was tagged as the region which could not compete when it comes to the international level. The Indian teams that so far competed with the world on the international stage had no major impact in these tournaments. TSM-Entity, former Entity Gaming, ranked fifth in PMCO Fall Split Global Finals 2019 and that was the highest delivered performance by any Indian team where Bigetron RA was leading the scoreboards with 100 points gap as compared to the runner ups.

The tag was removed by Orange Rock with their godly performance in the PMWL East. They competed with the same Bigetron RA in a cut-throat battle and made it clear to the entire world that India is a region where future champions are getting forged. Teams like Celtz who were just another underdog squad at the start of 2020 are the winners of PMPL SA and made it to the global stage and more such players are grinding their way to the top in Indian PUBG Mobile Esports Community.

Orange Rock with their newest additions Gill and Scout entered in a formidable form in the very last day of grand finale. Gill faced his own share of struggles and finally got the chance to showcase his full potential from his new organization. Gill ranked second in the finals kill leaders with 36 kills and his transfer to OR from GodL has been fruitful for him and his squad as well. TSM-Entity and Jonathan fired up from the second weekend and Jonathan, arguably the best talent from India, was leading the kill boards for two consecutive weeks. He also ranked second in overall kill leaderboards of the season and missed the top spot by just one kill. This showcases his impact on the battlefield.

The so-called gap between SEA and SA region is not visible and it is clear that the next contenders to the global throne can easily be one of the veteran teams or a new roster from India.

Futbolist won PMWL: West division and took home a prize money of $1,00,000. Solkay from the Loops won the “Most popular Player” award along with a MVP award of the entire series and a reward of $10,000. Futbolist had a very consistent and incredible performance throughout the League Play stages. They were consistent in the first two weeks but lacked in the last week. Loops Esports was another team that was perfect in terms of consistency. They ascended from 3rd to first over three weeks grabbed a total of over 500 points in the process. They were the runner ups of western edition but their overall winning amount crossed $1,00,000 because of their League Play ranking.

Cloud9 had a very unfortunate run in this tournament, they entered this tournament as a juggernaut team and ranked the score boards for two consecutive weeks but a catastrophic weekday and they could not qualify for the Super Weekends in the final week. They had an average of above 200 points per week and would have easily won this intermediate stage if they performed in a similar manner. Cloud9 ranked fourth in the final overall standings but their lack of performance was justified as the team had to replace a player after their former player Sixless was kicked from the organization over his unprofessional behavior and the same player was recently banned from PUBG Mobile Esports till the end of 2020.

West region and its controversial drama does not stop here. Loops Esports and Team Queso were alleged of teaming up and Loops had to face a punishment for their behavior as the official PUBG Mobile Esports decided to deduct their points from second week’s Super Weekend.

There was another big problem where teams had to play with a risk of competing in the higher ping as the teams could not be relocated in time due to rising threats of Pandemic at the time. Western region had its own share of issues,hurdles and controversies but it did not falter the competitive spirit in this tournament and it was successful at the end.

BOX Gaming is the Vietnamese powerhouse that entered this tournament as a new team. They topped their regional finals and got a slot in World League and they made an impact that could not be ignored. BOX experimented in the opening weekend and from there, they started a Cinderella run till the grand finale. They strategic counters towards other teams were wonderful to watch. They always managed to end up on a position that was not much congested and then started to stack up kills till the end of the map.

Their kill count was very high if they managed to set up their “BOX Fort”. This term was invented by casters because whenever BOX Gaming secured a compound for themselves, nobody could even get close to it because of the crossfire setup. Their consistency got roughed up with time and they lacked to perform in the Grand Finals. They did manage to end up in fourth spot in the finals and Break from their team was the Eastern League MVP. They earned a total sum of $20,000 from this tournament, including the title reward. BOX Gaming was a relatively new team and they take home a plethora of experience and when they return back, they are bound to rise up.

U Level UP from Taiwan matched the performance that was expected from the region. They had a very bad run in the first week of League Play but since they qualified for the Super Weekends of Week Two, they started with a slow pace and heated up the things in Grand Finale. U Level UP did not appear in the first week’s super weekend but after the initial hurdles, they were a threat to a lot of teams.

U Level UP and their run in this finale has been a surprise for many, as they rank from 16th spot in League stages to the Top 5 in grand finale. They experienced the foreign stage for the first time but did not disappoint their fans cheering for them.

U Level UP and BOX Gaming are bound for greatness once they reappear in the global stages with these new experiences and a more enhanced performance is expected from them in upcoming tournaments.

The future of PUBG Mobile Esports

PUBG Mobile concludes its first edition of World League after overcoming lots of difficulties in the process. The tournament was meant to be the biggest tournament so far and conducted in offline manner in a one-of-a-kind PUBG Mobile studio in Katowice, Poland. After the pandemic started, there was a huge problem in gathering so any players from around the world under the same roof and many regions had to conclude their PMPL stages.

A big decision came through by the esports team and they decided to move the tournament to online mode and split it into two parts, trying to give a fair experience for all the players at the same time. They managed to do so and this tournament was successfully concluded. The coming future plans were announced on the final day where regional PMPL will begin soon and a big announcement is yet to come.

Considering the amount of efforts the team put up to conduct this promised tournament and not just postponing it is commendable. After the impact of pandemic reduces, the ecosystem of PUBG Mobile Esports will grow and reach new heights. The level of competition is already rising and some new updates such Erangel 2.0, 90FPS mode and more will flourish the game to the greater extent.

The viewership of PUBG Mobile World League across all the stream langauges combined managed to cross a mark of 1 Million concurrent viewers for the first time and it enters the 1M watching club of Arena of Valour in Mobile Esports.

The financial side of this ecosystem is also rising as the prize pools are increasing and new sponsors are coming up which will help the Esports team to maintain their production quality and a bright future is ahead for the teams, casters and everybody involved in PUBG Mobile Esports ecosystem. 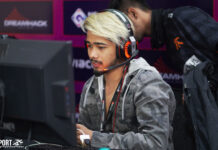 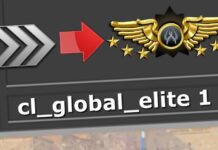