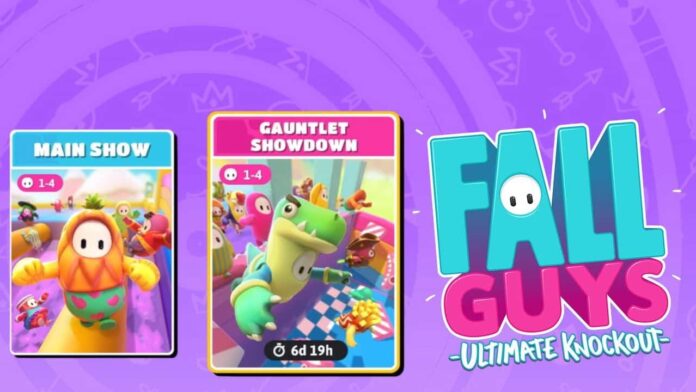 Mediatonic, the publisher of Fall Guys, one of the most popular games of this year, has launched a brand new game mode called Gauntlet Showdown for its Second Season.

The fresh and well-received twist on the classical battle royale format sees 60 animated characters play over 4 rounds of mini-games where in each round, some players are eliminated, till the last man standing is adjourned the winner.

While the traditional mode encompassed team games as well, where the lobby was divided into 2 or 3 teams in one of the mini-games, the gauntlet showdown eliminates this to provide an authentic “each one for yourselves” mode. The only 2 types of games one can get in this mode is the gauntlet or race type minigames, thus removing any possibility of being paired up in a team. The current games that can be played in this mode are:

Fall guys have been received very well among the gaming community due to its cartoon-like characters and ambiance which gives it a casual, fun feeling, while at the same time it fuels that competitive spirit to be the last man standing. While many expected the repetitiveness of the games to eventually see its downfall in terms of sustained interest, the hype has still remained pretty strong, with servers barely keeping up with the demand.

Mediatonic, on its part, also has to take some credit, in terms of keeping the content fresh by bringing out season 2 with new maps, skins, and game modes like the Gauntlet Showdown. In fact, the Gauntlet Showdown is literally a race to the finish in the last round- with the popular Fall Mountain being the only decider. They have also released 2 new maps, called Knight Fever and Wall Guys, which will give the players some fresh games.

While the Gauntlet mode is only set to be in Beta and available for a week, this mode will help the developers understand the users’ interests better and possibly extend/tweak this mode based on their feedback.