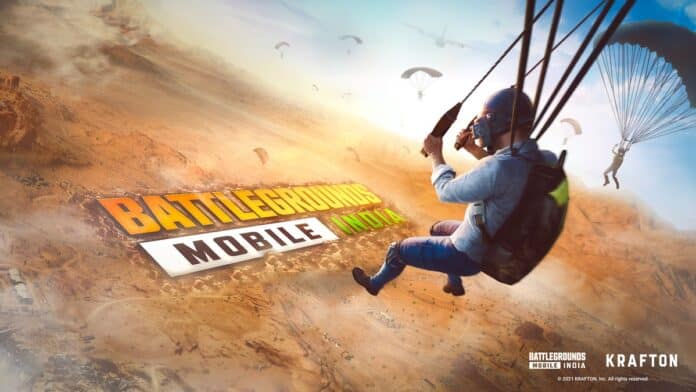 Krafton has successfully launched their new battle royale game called Battlegrounds Mobile India in the country. BGMI has garnered millions of downloads till date but it was only released for android devices in the initial stages. Now, the developers have started to drop hints about a possible launch of BGMI on iOS devices.

Battlegrounds Mobile India was developed as the substitute for PUBG Mobile in India. PUBG was one of the most played games in India on mobile devices and since Indian government banned this game, players had no choice but to leave the game or play on the other versions.

Krafton made a comeback in India after a period of 9 months by announcing BGMI but some players were unhappy as the game was not launched for iOS devices. The reason behind this exclusion was not explained but now, the developers are getting ready for a full-fledged launch.

Recently, the developers have made posted two images which clearly states that Battlegrounds Mobile India is about to be released for iOS devices. The announcement does not include any release date yet but more details could be announced very soon.

Players owning iOS devices had to wait for the official release and to adapt with the partial release, most of the content creators switched to android devices for streaming and practicing.

Krafton has also made some minor changes in their upcoming tournaments. Their first ever tournament called Battlegrounds Mobile India Series was scheduled to start very soon but it has been postponed for indefinite time.

The reason for postponing this tournament was not stated but apparently, it might have been done to accommodate for the official iOS launch. BMIS was restricted to android platform in the earlier stages but players with iOS devices might be able to participate in it as well, if the developers provide platform support before the tournament begins.

As stated above, the release date for BGMI iOS launch is still not revealed but players can hope for an official release in the next few months.