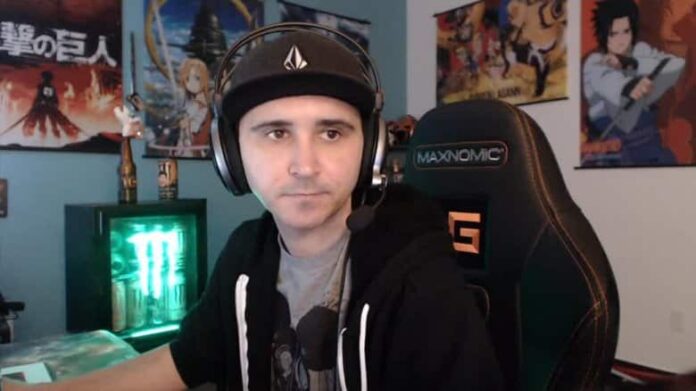 Jaryd ‘Summit1g’ Lazar is a veteran Twitch streamer who has been streaming professionally on the platform for almost a decade. Summit1g is known to give his honest opinion on whatever game he lays hands-on, and he isn’t afraid to express his dissatisfaction towards a game if the game turns out to be subpar.

Ever since Riot Games’ new title VALORANT made its closed beta debut, the game has managed to gain wholehearted support from the fans of the franchise. The competitive shooter has broken several records on Twitch, amassing a total of 1.7 million peak concurrent viewers, reaching the world records set by Fortnite and League of Legends.

Summit1g has regularly been streaming VALORANT from the very beginning. He had mentioned earlier about how the game is unique and how the abilities In it would “make or break” the game. While the streamer did seem to enjoy playing VALORANT for a while, recently he went all-out on criticising Riot’s new title.

During his stream on April 24, he was playing Sea of Thieves when he spoke up against VALORANT’s Twitch section. According to him some streamers were attracting viewers with misleading titles for their streams, referring to all the “24/7 drops” or streams labeled as drop enabled even after Riot had announced earlier that all streams would be dropping VALORANT beta keys now. Throughout the 1-minute clip which has gone viral with over 68k views on Twitch, summit is seen criticising the VALORANT streamers who resort to these sort of techniques to increase their viewership.

“It’s the absolute fakest section on Twitch right now!”, summit said angrily. “Am I wrong? Look at that number. Is that real? Not even f***ing close.”

“You know what that does, man? It helps me burn out on Valorant just a little bit quicker. You know what I’m saying? I don’t wanna be in that category, just wanna kinda step out of it.”

He was clearly infuriated at the Twitch streamers as he asked his chat, “Just stare at this section. How many 24/7 drops can you see, just scrolling down this section at a mediocre speed, how many f***ing 24/7s are on this category? It’s disgusting. It’s f***ing gross.”

Another Twitch clip captures the rest of his rant on these so-called ‘streamers’.

He insulted these sorts of streamers even further, “You should all be fking ashamed. You’re not Twitch streamers. You’re not even YouTubers because you’re not even putting in the work they put in. There’s no editing, you f*ing throw up your VOD as soon as you go offline. Like I’m playing my outro video, a couple of double clicks and you leave. What a joke.”

Towards the end of the clip, he is seen saying, “Valorant looks like a piece of s**t video game right now on Twitch. This doesn’t look like the number one game on Twitch. ‘kay? This is the biggest joke on Twitch.”