In only a few days of its release on September 28th, miHoYo’s open-world RPG has managed to attain the love of millions of fans worldwide. Genshin Impact is one of the most played RPGs currently, and boasts extraordinary graphics along with an amazing storyline.

Genshin Impact has a mechanic of ‘Ascending’ weapons where you use resources to upgrade weapons. Hunter’s Sacrifical Knife is one of these items used for ascending and can be obtained from ‘Agents’ scattered across the Genshin Impact map. It is required to ascend weapons like Blackcliff Warbow, Crescent Pike, or Dark Iron Sword.

Where can you find Agents who drop Hunter’s Sacrifical Knife?

Currently, the only way to obtain the knife is to kill Agents. Here are some of the locations you can go to right now in order to find these Agents.

1) Go to the Statue of the Seven just south of Dunyu Ruins, and you’ll find an agent waiting there.

2) To the east of Liyue Harbor, you’ll find a group of scattered islands with the name Guyun Stone Forest. Go to the lone island on the western side and you’ll find an agent there.

3) To the right of Lihua Pool, you can find another Agent who’ll drop the Hunter’s Sacrifical Knife. To find him, go to the placed pointed on the map below:

Remember, all these Agents respawn at some point during the day when killed. To farm more of the Hunter’s Sacrifical Knives, just keep visiting the locations and you’ll keep finding more agents to kill. 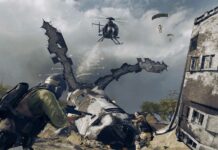 Where to find Crashed Satellite & Uplink Locations in COD Warzone?