Dying Light 2 Stay Human was set to release on December 7. However, it has now been delayed as the developers now look forward to further polish and optimizing the same. 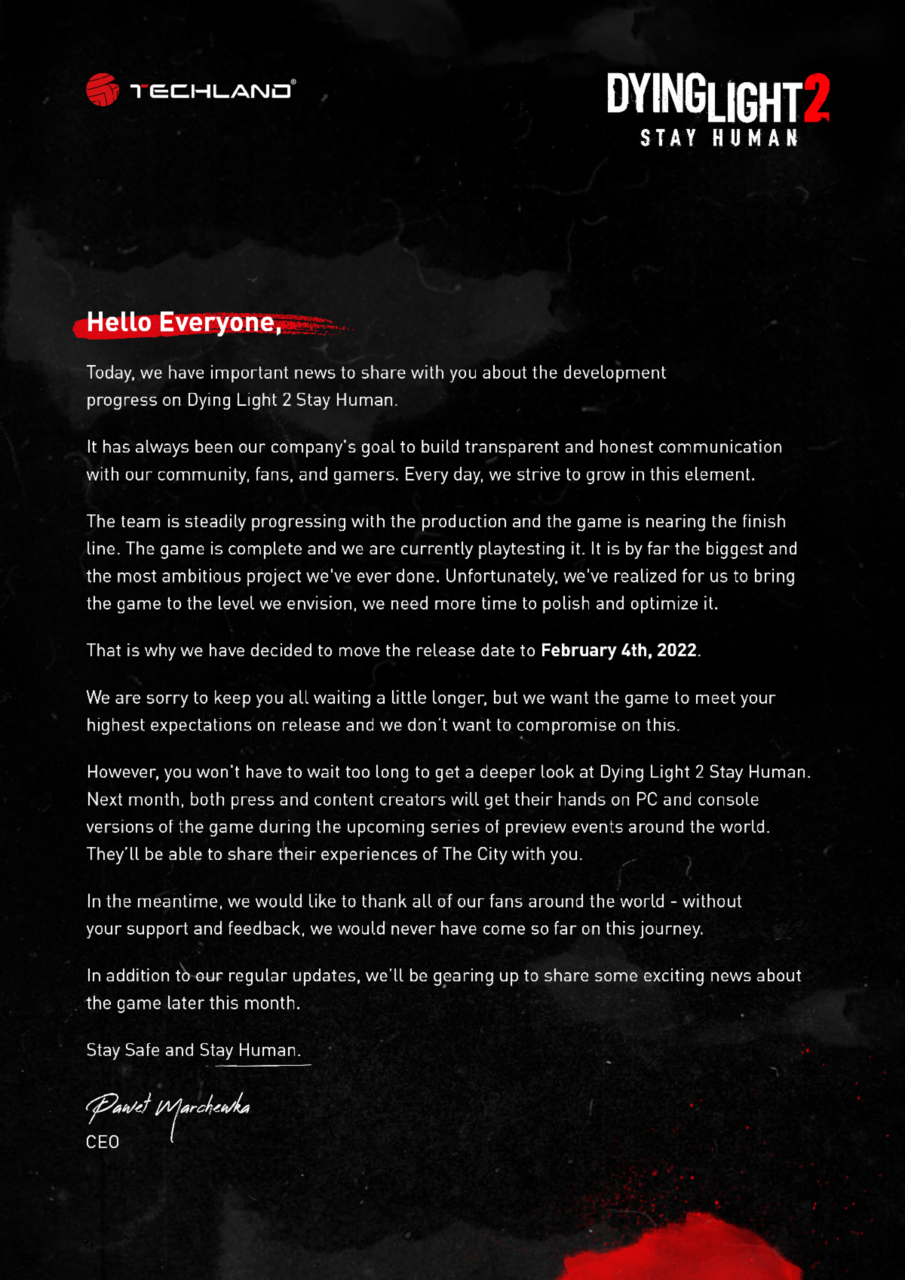 Techland’s Survival Horror Dying Light 2 Stay Human is certainly one of the most anticipated video games of the year. The action RPG was previously slated for December 7 this year, however, it now appears that the release has been pushed to a later date i.e. February 4, 2022.

Techland in a press release stated,

It attributes the delay partly to its multi-platform release, which will see the game launch across two generations of Sony’s Playstation, Microsoft Windows, and Xbox.

In October, Techland would start providing both press and content creators with the Console and PC versions of the Game during a series of preview events to be held across the globe who would then be able to share their experiences from the zombie apocalyptic city. In addition, the game developers are looking forward to sharing with us some exciting news about the game towards the end of September.

Also Read | What are hoss bot accounts on Twitch?