In what comes not as a shocking news, DreamHack have announced that fnatic will not be participating at the $250,000 DreamHack Masters Malmö because of Olofmeister’s injury.

According to a statement from DreamHack, it is uncertain how serious Kajbjer’s injury is or how long it will take to recover from it, reports suggests he is soon going to get medical treatment done on a priority basis. 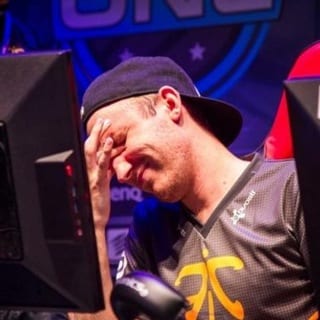 Jesper “JW” Wecksell’s Tweet also reveals that the team is looking for a replacement who will stand in for Kajbjer during his recovery.

The facts and shifting the focus on what would have been the impact if Olofmeister was fit enough, fnatic had an extensive chance on winning the Masters. Olofmeister, considered world’s best Counter Strike player would be surely disappointed over this unfortunate event, he, as a player have won many hearts and titles.

Alongside, being nominated as Player  of the Year at Game Awards 2015 with KennyS, he was also named as the best player of 2015 by HLTV.org.