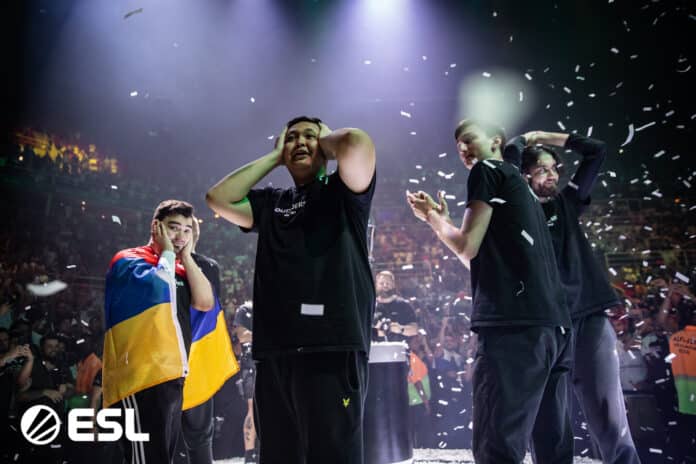 The Grand Finals between Heroic and Outsiders was not the most viewed match of IEM : Rio CS:GO Major 2022.

Outsiders won the Valve-sponsored IEM Rio CS:GO Major 2022 last night, taking home $500,000 from the prize pool. Despite last night being one of the historic ones for both the teams, it was yet to surpass the most viewed match-up of the Major.

According to the data provided by Esports Charts, the match between Natus Vincere and FURIA was the most watched throughout the IEM Rio Major 2022. The Grand Final earned its finest hour in viewership with 1.14 million viewers, although this was surpassed by 1.38 million concurrent viewers.

FURIA, spurred by the home crowd, proceeded to the playoffs by defeating CIS powerhouse Na’Vi in the Major Quarterfinals.

But Andrei “arT” Piovezan and his men were quite unfortunate in their run towards the Grand Finals as it was Outsiders who cut short their rhythm in the Semi-finals.

Data as per Esports Charts have rated the Grand Finals between Outsiders and Heroic as the second most viewed match-up at the Major. This was later followed by Heroic Vs FURIA which was played on Day 3 of the Legends Stage.

Had Imperial qualified for the Legends Stage, we definitely would have seen a massive surge in the current numbers as there would have been yet another Brazilian team for the home crowd to have cheered for.

This is the first Major trophy for the Outsiders and its all five players, and more importantly, an organization with a makeshift identity after ESL cut ties with teams who had affiliations with the Russian Government.

For more updates on Counter Strike : Global Offensive, make sure to follow TalkEsport on Google News.