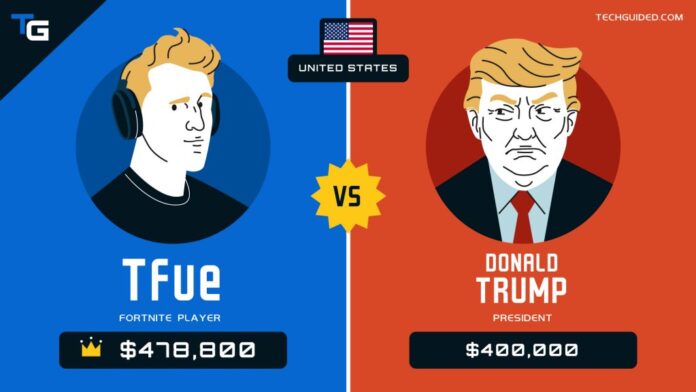 This week, a report on esports earning by TechGuided highlighted that Esports Professional in games such as Dota 2, Fortnite, League of Legends, etc and Full-Time Streamers are earning more money than the Prime Minister and President of their respective country.

With the esports gaining more momentum and rise in popularity, there is a surge in revenue that professional players and streamers can generate from sponsored deals, stream donations, salaries and tournament earning than they did before.

The revenue that the esports industry is able to generate have far surpassed the predicted estimates. As the esports market continues to make strides forward, more brands and businesses are openly investing in the market.

Both the professional players and streamers are earning more than what they did back in 2016 and before that.

In the report, TechGuided listed top 20 highest-earning esports individuals (of 2018) and compared their earnings to leaders of their respective country.

All the data is from publicly listed sources and may not represent the real earnings, but we can estimate and conclude that esports in general have come a long way since the early 2000’s and professionals involved in the industry are able to earn more (or similar) to what they would earn from Full-time jobs and business or in some cases, more than top government officials and leaders.