The massive success of this Battle Royal title can be accredited to the rate at which Tencent introduces new content and modifications to the game. The next update (0.17.0) is expected to bring Erangel 2.0 as well as the Extreme Cold mode to the game.

A Beta version of the update was already released last month and the infamous PUBG Mobile content creator, Mr. Ghost previewed the Erangel 2.0 map which is expected to officially release with this update. It is rumored that the map will feature a hidden secret base just like the Pc counterpart and will also enable the players to use throwables and carry more items compared to standard maps.

A new game mode called as Extreme Cold is expected to be a test of survival skills where players will be required to hunt for resources and weapons to survive as well as ensure that others are not able to.

The exact release date is still unknown but the update size is expected to weight approx 1 Gb with an additional 300 Mb space requirement for downloading resource packs. PUBG Mobile is currently leading the Mobile Battle Royale scenario with an evergreen esports circuit and constant game updates although titles like Call of Duty: Mobile and Garena Free Fire are catching up at a brisk pace.

PUBG Mobile India can be delayed: Details Inside

PUBG Mobile India can be delayed: Details Inside 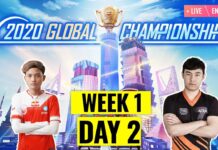 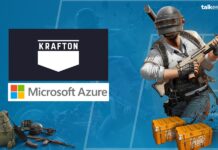