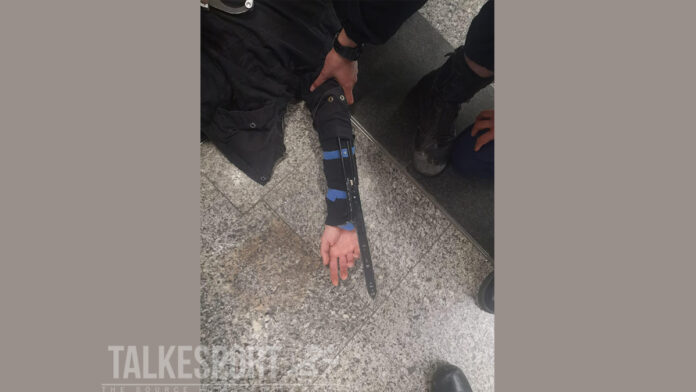 At some point in our childhood, most of us were drawn by the iconic hidden blades in Ubisoft’s Assassin’s Creed series. The hidden blades are mechanical blades which are worn around the forearm and can be ejected and contracted back into its compartment with just a flick of the wrist.

A 27-year-old Paris resident, Thomas G who is reported to be a fan of cosplay took things to the next level when he took his 12 inch hidden blades out in the public. Sporting a black mask, sunglasses, military-style backpack and a black hoodie, Thomas decided to roam the streets near Saint-Lazare station. He also had his 12-inch self made hidden blades with him which were attached to his forearm using elastic tape. It was reported that he tried to resist arrest while he was being apprehended by running away but the authorities managed to subdue him in time before he escaped. Currently, Thomas is under police custody and his self made hidden blades and remaining gear have been confiscated.

This incident happened shortly before the 27th Yellow Vest protest in Paris. Following the incident, Rebecca Rambar posted a picture of the man’s blades on twitter saying: “#France: The questioning of a protestor on the sidelines of the 27th Gillet Jaune protest.

“The individual had concealed two blades that he had attached to his forearm.

“He is currently in custody in #Paris after his arrest by the police.”