How India Experienced Esports in 2018 – TalkEsportREWIND:

Two thousand and eighteen was perhaps the most prolific for Indian CSGO in terms of being recognized as a scene. Agreed, no feat could match Wolf’s appearance at a Major and holding their own against Ninjas in Pyjamas.

But, we gained significantly more traction than in 2014, albeit for mixed reasons. In what was an eventful year for the Indian CSGO scene, we take a look at how the year panned out. 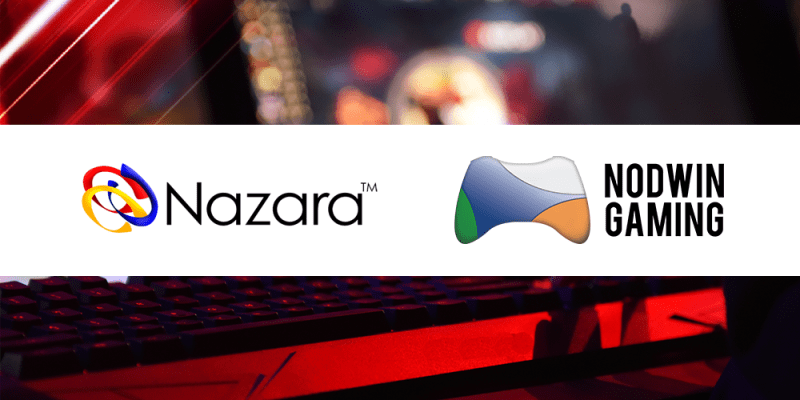 2018 started on the right foot, with many corporations taking interest in the Indian scene. Already a part of the gaming fraternity, mobile game production giant Nazara Games acquired a majority stake in NODWIN gaming.

NODWIN gaming has been one of the cornerstones of the growth of the Indian Counter-Strike scene. From gathering sponsors for Wolf to bringing in a recurring tiered ESL tournament, NODWIN gaming has attempted to provide a platform for Indian CSGO enthusiasts, although their execution skills have come under the scanner a couple of times.

To map just how big this was for the Indian scene, the only thing that prohibited NODWIN from bringing in more flagship events and doing more international tournaments was perhaps the financial backing.

Route Mobile chose to invest in Signify while Indiagames founder Vishal Gondal also affirmed his intentions to invest in Indian esports. Overall, a month that boosted the funding available to the Indian CSGO scene and proved that esports were beginning to be accepted on a larger scale in India.

Ate gaming is one of the most successful organizations from the Counter Strike 1.6 era in India. One of the first teams to put Indian Counter Strike on the global map, Ate chose to disband their CSGO roster in 2012 and had since been in hibernation.

There were rumors of a potential return to the scene with a CSGO lineup. Ate returned and with a lineup that consisted of the perfect balance of raw firepower and experienced stalwarts of the scene.

While this month did not have much to explore or remember from the gaming standpoint or as far as the Indian CSGO scene is concerned, we would like to take this opportunity to shine the light upon two of the most revered players within the Indian Dota 2 circuit.

Raghu Drake and Tejas Klaret, who were a part of Go Figure’s Dota2 lineup, passed away in a car accident while returning from a tournament. Both very well known in the pro circuit, it is unfortunate and saddening that we had to bid them adieu while their pro careers were still taking flight and the Indian scene was beginning to bloom.

We would like to take this moment to reflect upon the loss and make a small attempt to ensure they aren’t forgotten anytime soon.

While the scene was abuzz with rumors of an international team investing in Indian CSGO, NODWIN gaming were hit with controversy regarding non-payment of dues related to Dew Arena’s website design.

The incident soon brought to light other payment delays and defaults from the organization. But, to the credit of NODWIN gaming, they moved quickly to clear all pending payments and ensure things did not get out of hand.

Although, the incident did manage to make it’s a way to Reddit, with the post having 1744 upvotes.

May – The Greenwall begins the search for a Blue army The Optic India tryouts were a major affair. In association with Sostronk, Optic India announced the intention to make an all-Indian roster with the aim of supporting the scene and expanding their own horizons.

Sostronk received 1400 applications and managed to shrink it to 80 and subsequently 8 after the Closed Qualifiers at LXG, Bengaluru. The tryouts saw many big names put forth themselves for the new team while a few like Psy wanted to gauge his playstyle in comparison to other Indian players and in the eyes of the International Coaches.

This marked the first ever foray of an international organization and perhaps the most extensive and thorough tryout process there was. Indian CSGO scene was witnessing history in the making. Optic India announced their lineup, which featured Entity star Marzil and Malhar player Antidote among others. While they were not taking part in the ESL INDIA Summer Finale held in Mumbai, they were present at the event, perhaps eyeing their future adversaries.

The event saw one of the most inspired comebacks in a Lan final in recent times as Invictus came back from a map down and nearing a loss on Nuke to winning the map in Overtime and then dismantling Entity on Inferno.

The event marked the end of Marzil’s association with the Entity, which sparked a roster shuffle. Entity chose to raid the ESL Summer champions Invictus to strengthen their roster. While Excali was brought in as a direct replacement for Marzil, Huntr came in for Psy, who was benched as he recuperated from his Carpal Tunnel Syndrome.

July – Return of a legend

Ribbi’s words after the inspired triumph at ESL INDIA Summer Lan Finale combined with the departure of Excali and Huntr gripped Invictus and it’s future in doubt. Many thought the roster would part ways with each other.

But, Invictus pulled a rabbit out of the hat, bringing in Blackhawk into the roster. But, the addition of BinaryBugg was what instilled Indian CSGO fans with excitement. BinaryBugg was a renowned player in the CS 1.6 era but had struggled to make it into a top team in CSGO thus far.

With firepower and experienced added, the Champions were ready to defend their ESL INDIA title.

Weeks before the advent of FACEIT London Major, Valve chose to give CSGO fans a gift. The game was made Free to Play offline, with the fans having access to watch matches through GOTV, enabling them for drops for the Majors as well.

As far as events that affected the Indian CSGO scene directly is concerned, Optic India played their first reputable event in the form of the Direct Indian Qualifiers of ZOWIE eXTREMESLAND. Not only did they grab the first seed for the Offline Qualifying Event to be held at LXG, Bengaluru, but they did in dominating fashion, dismantling other teams including Entity, the team that was tipped to be Optic India’s biggest domestic challenge.

Positive signs for the new organization.

Already laying down the marker in the Direct Indian Qualifiers, Optic India replicated their dominance offline at LXG, Bengaluru in the Closed Qualifier. Not only did they make quick work of Slaughter Rage Army, but Optic India showed that the decimation of Entity in the Online Phase was not a fluke.

Optic India bagged the Close Qualifier and qualified for the ZOWIE eXTREMESLAND ASIA 2018 to be held in Shanghai later on in the year.

The first of many? So everyone hoped. Dominating the domestic scene by winning the ESL INDIA Fall Season over Slaughter Rage Army, Optic India shifted their focus towards shining on the Asian stage at eXTREMESLAND.

Optic India’s online results against other top South-East Asian teams saw fans have high hopes from the team going into ZOWIE eXTREMESLAND 2018. While they lost their first game 16-6, they started off strongly in the Elimination Match, winning the first map Inferno in dominant fashion over Revolution, a team that featured Vietnamese superstar crazyguy.

As Optic India began opening up a lead on Cache as well, there was an elongated pause in proceedings. What followed the pause shocked the entire CSGO scene, not just the Indian one. Forsaken was caught using cheats on his PC and Optic India was subsequently disqualified from the event.

The other players of Optic India had to pay for Forsaken’s sins, with Optic opting to disband the entire roster and cease their operations in India, for the moment at least.

In the aftermath of the outrageous incident, Forsaken was banned for 5 years by ESIC. ESL INDIA conducted their own search and concluded that Forsaken had used the same cheating software during the ESL INDIA Fall Finale and Optic India’s win was hence, deemed invalid.

Optic India also lost the ESL Pro League Qualification slot they received through the ESL INDIA Fall Season win. The Grand Final of ESL INDIA Fall Finale was replayed between 2ez and Slaughter Rage Army, with the former emerging victorious and grabbing their first major qualification in the Asian scene.

The Forsaken incident shined the light on the Indian scene in a wrong way. Almost every top player either voiced their opinion on the incident or chose to use it as a troll.

The month that changed the landscape of the Indian CSGO scene.

The remaining players of Optic India slowly started to come to terms with reality and join other organizations. Haivaan joined Ate gaming while Antidote was picked up by 2ez gaming.

With Optic India no more prevalent, Entity was the poster team of the scene again and they did not disappoint by adding Serbian powerhouse Dav to their roster as the IGL while adding Solo as well. While Optic India’s achievements were maligned to an extent by revelations, almost everyone agreed to the positive impact yb had and Entity were probably hoping for a similar effect from Dav and Solo.

A month that saw fans and players begin to settle.

December – The Road Ahead

With the Forsaken incident now in the rearview mirror, India geared up for its first international event in the form of Dreamhack Mumbai. High expectations soon turned sour as the Indian fans were devoid of tier 1 teams, with Bravado and Energy the invited teams.

There were many other reasons which caused a furore among the Indian fans, with the late flash ticket sales and a controversy surrounding selective bans to some members of the community, something which was ultimately overturned by the management.

The event saw it’s fair share of issues, ranging from networking delays to the poor quality of stream on Voot and even accusations of playing pirated ROM games within the event itself.

Despite all the hooplah about the negatives, Signify emerged as the positive from the event. We had reported earlier of the team’s formation and while the team was announced only a few days before Dreamhack Mumbai, they demolished all of their Indian counterparts in the BYOC qualifiers while also beating Bravado in the Upper Bracket Finals.

While they did falter in the Grand Finals to Bravado, their showing is a huge positive to scene with hopes that the fans might just have found an able replacement for Optic India.

The year ended positively, with Dreamhack Mumbai conducted with mild success, despite all the problems. It was NODWIN gaming’s first event of such a grand scale and the exposure received by personnel from varied fraternities of the Indian scene will only aid its growth.

To 2019 and beyond, the Indian CSGO scene will hope to continue its upward trajectory.