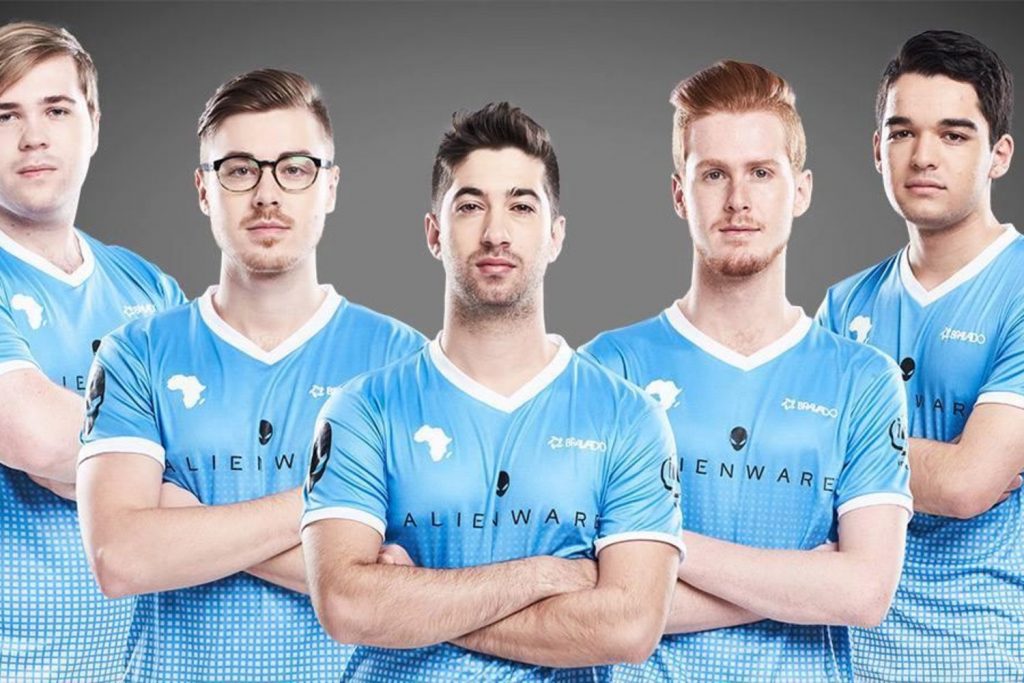 Bravado redeemed their inability to win the last Dreamhack Open Winter Grand Final by securing the Dreamhack Mumbai Invitational title. The South-African stack, currently living in North America as part of Project Destiny, landed the title by taking revenge over Signify, who beat them in the Upper Bracket Finals.

Signify though, impressed everyone, given that the team has been formed less than a week ago. Bravado secured the victory over three maps after the two teams traded each other’s map picks. (6-16 Inferno, 16-11 Train, 16-2 Dust2)

Signify were the first into the Grand Finals, beating Bravado 2-0 in the Upper Bracket Finals.

Bravado knocked down to the Lower Bracket Final and beat Energy in a bo1 to earn a rematch.

Bravado started on the T side on Inferno. A successful retake of the B site from Signify yielded them their ninth straight pistol round win of the Dreamhack Mumbai Final Brackets. Deathmaker then came up big with a 3k on the anti-eco to ensure Signify don’t lose the advantage straight away.

Marzil seemed intent on pushing it to 3-0 with a great opening through a mid push awp shot towards 2nd mid. But, Bravado immediately changed their course and rushed the B site to earn their first round of the map. Encouraged by their success at B, Bravado proceeded to push the score to 3-2 in their favour, with Detrony nabbing the Anti-eco ace in the fifth round..

Signify though, soon levelled the score and then regained the lead with a two-man Apartments push. With the score poised at 6-3 in Signify’s favour, Marzil came up trumps with a 3k to add another round.

The domination continued as Signify shut down Bravado on either bombsites before a successful retake at B saw the score run to 11-3. The half ended at 12-3, with Bravado needing the pistol. Signify chose to hit the apartments in a slow push. Bravado though, anticipated a B execute and pushed mid, which left the A site open and for the taking. A failed retake saw Bravado lose the pistol.

Before we knew it, the score ran to 15-3. But, Bravado wanted to string together some rounds and were not ready to give up just yet. A nervy but successful A retake was followed by two convincing rounds. But, SIgnify took the A site in the 22nd round to secure Inferno, which was Bravado’s map pick.

Train started in similar fashion, with Signify winning another pistol round. DeathMaker and Marzil shut down B before rushing to a 3-0 lead. Bravado though, did not let it slip further and retaliated with successful slow takes of the A site to level the scores.

Bravado rushed to a 5-3 lead before Signify hit them back on an eco. An ivy push by Signify saw them nullify the lead before Bravado responded with an A take. They were unsuccessful in their next attempt at A, thus making the scores level again at 6-6.

In this back and forth map, Signify finally strung together 3 rounds in succession to end the half 9-6, with DeathMaker impressing with a 3k at the Ivy defence in the 14th round.

Signify continued their streak of winning pistol rounds with DeathMaker and Marzil sharing the kills again. But, Bravado responded with a weird Triple Scout Force buy, which worked. Before we knew it, the scores were level again at 10-10.

Bravado seemed to have figured out the secret to unlocking the Signify defence, with the Indian organisation managing to add just one round before conceding the map 11-16. This pushed the Grand Final into the decider, Dust2.

With fire under the belly of Bravado players, they started Dust2 on the T side with a series of Fast takes, which saw Signify drop their first pistol round of the event as the score soared to 5-0 in of Bravado.

Signify though, put themselves on the Board for Dust2 with a win on the eco, thanks to random pickoffs, which caught Bravado out of position. Bravado pulled out the Ex6tenZ jump strategy at A to hit them back.
Signify chose to push and it almost saw Bravado concede the round. But, a 4k from Sonic and some clutch shots from the A platform saw them deny Signify the retake once again. With the score at 8-1, Ace came up huge with a 1v2 on the retake at A to add to their solitary round win.

But, Bravado never hit the brakes and continued to attack the A long area before they denied a B retake attempt to push to 12-2. Another 2v2 retake attempt was foiled by Bravado, who ended the half 13-2.

Bravado won the final pistol round of the event as well by shutting down a quick B rush attempt. Bravado decimated consecutive Mid attempts from Signify, including a 3k from Detrony in the final round, to win the map, series and Dreamhack Mumbai, with a scoreline of 16-2 on Dust2.

While the Signify aggression was too much for Bravado on Inferno, they took advantage of one too many choke points on Train to trade the maps. On Dust2, it was more a case of Signify disintegrating after facing their first map loss on Train.

Bravado chose to remove the brakes and Signify had no answer to their own style of play. Still, Signify would be elated with their showing. Not only did they gain the crown of the best Indian team by winning the first BYOC Qualifier, but they also defeated Bravado once and ran them close in the Grand Finals.

For Signify, this is just the start. For Bravado, Project Destiny is finally paying dividends.