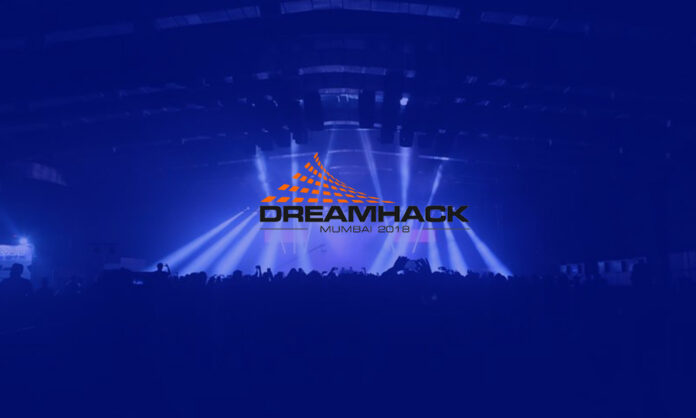 Wayne Gerard Trotman, a British filmmaker once said, “With every defeat there is an opportunity to learn.” But what he did not say was what if no one accepts defeat? Will they ever learn?

DreamHack coming to Mumbai was one of our wildest dreams which came true. All thanks to the organizers for selling the Dream to the parent org., which announced DreamHack Mumbai Invitational. Though Asia’s very first DreamHack didn’t go as planned. Flaws and negligence are of course a part of our culture, however, there must be boundaries. Boundaries beyond which there are no exceptions, and similarly no margin for errors.

This is no college, shopping mall, or a gaming arena event we’re talking here. This is DreamHack! One of the world’s largest gaming company, which is in the business for 25 years.

Nowhere can anyone defend the categorical feedback the attendees have been sharing with us, and among their circles. The virtue of disappointment is only because of the expectations one would have from ‘DreamHack.’ And certainly, excuses such as ‘internet problems’ are indigestible. The story of DreamHack Mumbai puts some light on the issues, constantly blamed for the failure of events. Evidently, we did not learn from our mistakes, and the history repeated itself.

In any event whatsoever, the concept of pricing the tickets are always favorable to the early buyers. Standing out on the subject, DreamHack Mumbai had different plans. The enthusiastic visitors were left in sham as they saw a ‘Flash Sale’ of tickets, just a couple of days prior to the event on BookMyShow.

The image attributed is a screengrab of DreamHack’s sponsored post on Facebook. The loyal supporters of the event who purchased the tickets initially were ripped off of their money by over 80%. The organizers must have taken the step to ensure better footfall, but it could have been strategically planned ahead. The early-birds ideally should always have favorable terms in community events.

People outraged on DreamHack’s event page on this decision by calling things like “Flop Show.” One buyer went ahead and slammed as he convinced his friends to buy the tickets early; and discovering later, they made a loss of over INR 5000.

One of the employees of the organizer had announced on a Facebook group about an unannounced list of people, supposedly banned from attending the event. This, however, didn’t go well with the other section of the organizing team. DreamHack India in an official post publicly denounced the employee’s concern about sexual harassment and consent. Announcing the name of a renowned cosplayer and unauthorizing them from the event didn’t go well with the community. The statement which had words like “false statements” and “misleading information given by individuals,” for their own employee was a shock to many.

You’re not alone if you, like all of us, couldn’t enjoy the games. Whether or not you are a hardcore esports fan, DreamHack coming to Mumbai attracted thousands of casual gamers too. And not everyone had the liberty to travel to the venue, we relied on the live streams. And it was disappointing. The event was compulsively streamed on Voot (one of the organizer of the event), and had major broadcasting issues. The application categorically was not a problem, but the platform was not just right for the gamers, which are used to tailor-made streaming services for gaming such as YouTube & Twitch.

The conglomerate which owns Voot is one of the largest media houses in the country. They are extremely capable of pulling off 10 DreamHacks at a time. The assumption could be that the resources were not utilized.

Just on the last day of the event, a report from Gadgets360 revealed the organizers were running pirated consoles. The story even had the response from the organizer, who claimed the games were running through an Emulator, the claim which was also found to be questionable.

I mean, an event affiliated with DreamHack had piracy concerns.. is extremely awkward.

The games which appeared to have attracted the most crowd was proportionately canceled. The tournament did not comply with the rudimentary elements of PUBG, which is largely a survival based game where not just your aim, but instincts and ability to adapt quickly to the different zones is what separates the good from the best. Instead, the organizers offered was more or less a deathmatch which was a bummer for PUBG enthusiasts.

PUBG, however, was not the only game affected. Some titles like NFS and Call of Duty were completely removed. The organizers reasoned the poor response for these games, though fans were left bitterly disappointed. Popular games like CSGO and DOTA 2 also faced the axe, with the promised four events being cut down to just one. The BYOC (Bring Your Own Computer) LAN event saw over 100 people in the first day but a sharp drop off in the 2nd and 3rd days to only 20 participants meant that one of the events just had 2 registered teams fight for the victory.

Whilst the international personalities were taken good care of, the local talent got overshadowed. We learned from our sources the substandard state of accommodation the Indian talents were offered. The state which was not in line with the stature of DreamHack. Despite the contribution of all form of talents was more or less similar, the discrepancy was significant.

Like us, it was impossible for other media houses to cover the event virtually. There was a minimum to no updates on the status of the games going on, our only source to information was a few men on the ground and Voot, which brought nothing but disappointment. 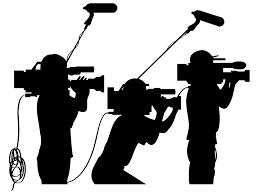 Up until today, five days from the event closure, there are no pictures of the event which validates the magnitude of DreamHack on any of the partnered channels. The story is same on their facebook, no images, highlights, videos, crowd, there is literally nothing to experience!

The portal of DreamHack Mumbai too has nothing but an announcement dated 28th of September.

We have not improvised. The esports evolution across the globe has significant results, but we were spared. We have not learned from our mistakes, internet problems have never been sorted out. It is atrocious today to even discuss having internet problems in an event which boasts of multi-national personalities and millions of cash.

The event had delays just as any regular event with no budget would have. But the disappointment is when we’re talking about DreamHack here? Isn’t it? The most disheartened group of people at the venue were DotA 2 participants and the fans waiting to see them play. Some of the important games were not done on stage. In a report by SportsKeeda, the attendees’ upset feedback were all over Facebook, where it was echoed by several others. One of them claimed, the event started without any official announcement!

Gamers complained to have waited for over 6-8 hours and a few reported they had to wait for 10 hours for Fornite, this isn’t and shouldn’t be the ideal conclusion from someone who has just been back from DreamHack! DREAMHACK!

This is not a witch-hunt, but critically acclaimed feedback from hundreds of attendees, who want the scene to grow.

On the optimistic front, India never had an event of this scale. The international visitors who came in as participants and hosts added charm to the event. Not to forget a few executives from the organizing team like Sagar Vyas, who encashed all their credibility to bank the success of the event. The cosplay was an incredible success, as we’re told by some of the attendees and participants. Tickets to the arena during the Flash Sale was $1.42 or INR 99 only!

The experience our talent acquired by working with the international hosts can bring perseverance for future events among our talent. Subject to their empathy. Participation of international personalities, Mushi & Dsn.

DreamHack paid a visit to India, this alone attracts a lot of eyes. The flaws can be fixed in near future. More mainstream media has to pay attention to this emerging industry worth billions.

Signify won hearts! The most pleasant news out of all the fracas experience was the arrival of a strong competitive front Signify. The team which was formed just days ago was able to give tough competition to the South African invitees.