If you live in India, then there’s not a chance that you haven’t heard of the iconic Hindi sitcom ‘Tarak Mehta Ka Ooltah Chasmah‘. The events of the series mainly take place in the fictional society of ‘Gokuldham’ situated somewhere in Mumbai.

What if I told you you could play the ‘Gokuldham’ map in your favourite competitive FPS title right now?

Yes, you heard that right. A fan has managed to recreate the ‘Gokuldham’ society in CSGO for players to enjoy the game in. The map is available to download in the workshop and can be played with a group of friends.

How to play ‘Gokuldham’ in CSGO?

First of all, you need to launch CSGO, click on ‘Play’ and select ‘Custom Maps’. From there, you can see an option to ‘Browse Steam Workshop’. Once you click on it, you can see a list of all community maps available in the game. In the search bar, type ‘Gokuldham’ and you can find the map.

Alternatively, you can also go to this link and download the map directly.

As stated earlier, Tarak Mehta Ka Ooltah Chasmah is an Indian sitcom that was originally released in 2008 and still airs on television with over 3000 episodes and counting. The series features inhabitants of ‘Gokuldham’ society often finding themselves in awkward, but hilarious situations which they try to overcome with the help of their friends.

TMKOC is undoubtedly one of the most popular sitcoms of all-time in India and has defined an era in the Indian sitcom industry. 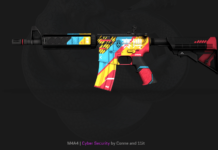