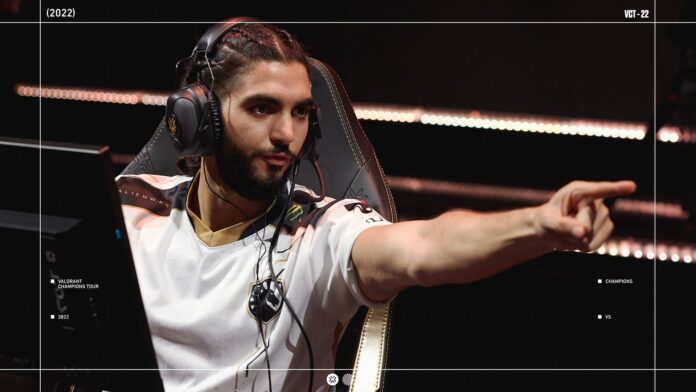 The biggest Valorant tournament of the year, the Valorant Champions, kicks off today with the inaugural match of Group A, having the debutants EDward Gaming taking on the might of the Copenhagen Finalist Paper Rex.

The East Asia LCQ winner came into the event as the debutant, and for their opening match, they faced the Valorant Masters Copenhagen finalists Paper Rex.

The teams play a similar style of Valorant, and the series was one of the best match-ups for Valorant. The series started with EDG picking Pearl, the newest map, as their map pick.

EDG on defense completely denied all the Paper Rex attacks, winning five rounds in a row, but Paper Rex showed why they are tournament contenders to win the next five rounds to finish the half 6-6.

The back and forth between the two teams continued in the second half, with Paper Rex reaching 12 first but EDG following up close. The last round had EDG on 11 and a chance to force overtime, but Paper Rex, despite the gun disadvantage, closed their opponent’s map 13-11 to go 1-0 up in the series.

With a disadvantageous position going into the second map, EDG completely flipped the script on Paper Rex and completely dominated Icebox on attack letting Paper Rex secure only two rounds in the first half.

The second half had Paper Rex stringing some rounds together, but EDG closed games 13-5 to force Haven.

Haven started with EDG and Paper Rex exchanging rounds, but Paper Rex won five rounds in a row and seemed to be in the control seat, but EDG stopped the bleeding to finish the half 5-7.

Coming off a hot LCQ run, Team Liquid came in to make a massive impact, while the directly qualified Leviatan came after a good run in VCT Masters Copenhagen.

The brawl started on Team Liquid’s Haven, but Leviatan completely shut down Liquid’s attack to easily close out the first half 8-4. The second half started in Leviatan’s favour, too, but Liquid managed to string four rounds in a row to bring the map closer.

Leviatan stopped the bleeding and closed the first map 13-10, going to their map pick with an advantage. Ascent had had Leviatan winning the starting four rounds, but Team Liquid answered with four rounds of their own to close the half 6-6.

The second half started with back and forths with Leviatan on defence, held off Scream-led Liquid’s attack to limit Liquid to only four in the second half, winning their opening match 2-0

Team Liquid now faces EDward Gaming in an elimination match, while Leviatan will face the mighty Paper Rex for a chance to qualify for the Valorant Champion Playoffs.

Day two will kick off tomorrow at 03:00 TRT GMT+03:00 and feature Group B, and Group A matches. You can read the complete schedule here.