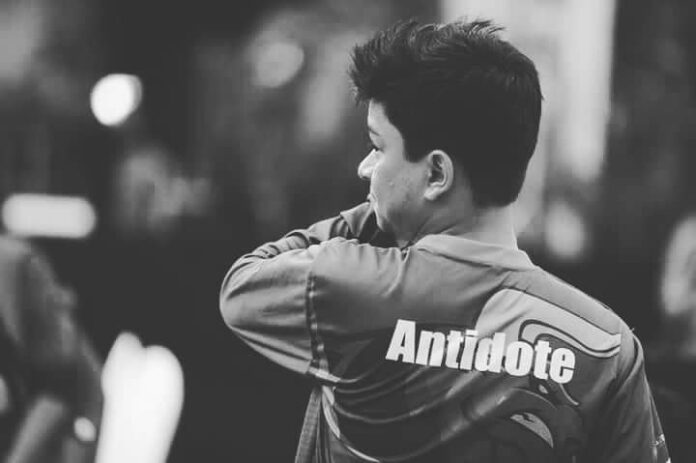 The introduction of Valorant has witnessed a lot of experienced Indian CSGO pros to contemplate and even take the step of switching to Valorant, despite the game being in it’s initiation stage. Sabyasachi ‘antidote’ Bose has followed in the footsteps of his current Valorant teammates at Team Vertigo by announcing his exit from the competitive csgo scene.

“It’s tough to say goodbye to your first love; even tougher when you have been with them for over 10 years. CSGO has given me recognition, trophies, success, friends, brothers and memories for life. The journey was magnanimous, coarse but filled with anecdotes and lessons. It is with a heavy heart that I announce my retirement from the competitive CSGO scene. I want to thank a lot of people without whom I would not be where I am today. I thank everyone that helped me in my journey from scouring for 20 INR for practice to winning consecutive ESL INDIA Premiership titles. Although I am leaving csgo for Valorant, rest assured Counter Strike shall remain my first and foremost love. Nothing can take its place and nothing ever will. You will still see your brother in the competitive scene, albeit in Valorant now. I plan to embrace Valorant with as much of a vigour as I did when I touched csgo. All I want is for my fans to be with me as I embark on a fresh journey. New milestones await!“

Like his Valorant teammates Tejas ‘Ace’ Sawant and Karan ‘Excali’ Mhaswadkar, antidote will leave behind a blaze of glory behind in the Indian csgo scene.

From being part of the first csgo team from Kolkata to grab a sponsor and reaching the LAN Finals of ESL INDIA Premiership to representing India with Signify, Orgless Five, Optic India and Global Esports, antidote is an example of sheer hard work, which eased his transition into a Primary AWPer.

Now in Valorant, Antidote is already showing signs of dominance with Team Vertigo, who have recently bagged the Global Esports Valorant Cup.