Registrations have begun for ESPL Valorant Power Up India.

The Indian Valorant scene is going to begin in 2021 with a bang, with the ESPL Valorant PowerUp event boasting of a prize pool of 750,000 INR lined up for the Indian region. The detailed format and schedule for the first big Valorant event of 2021 have been revealed, with a total of four Qualifiers scheduled to take place for the Final Stage of the tournament.

The registrations for the first of four Qualifiers of the mega event had already begun from 18th December and will continue till December 31, 2020, with the Qualifier scheduled to take place between January 5 and January 10 in 2021.

Every Qualifier will have 256 registration slots up for grabs and will entirely be played out in a single elimination format, with brackets upto the Top 16 featuring best-of-1 matches.

The Qualifiers will have a best-of-3 format from the Pre-Quarters and onwards, with the final four teams qualifying for the Main Stage from each qualifier, thus culminating into a 16-team main event. 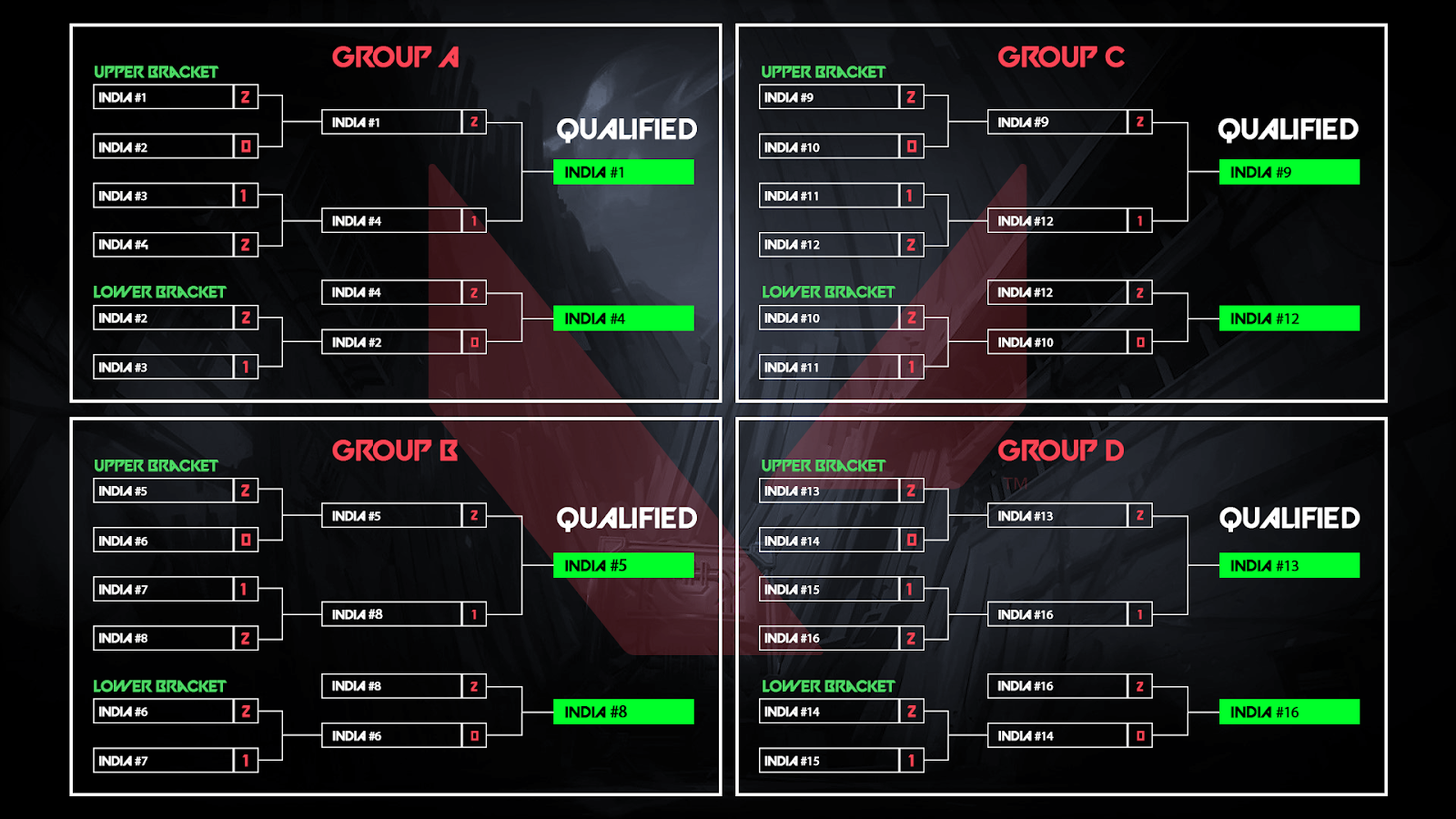 The 16 Qualified teams will be distributed into four groups, which will be played out in a GSL format, with 2 teams to emerge from each group. The playoffs stage will feature a single-elimination best-of-3 bracket except for the Grand Finals, which will see the two challengers fight it out in a best-of-5.

For people unaware of the GSL format, it is a tournament format wherein, traditionally, four teams enter the group schedule and two fixtures are drawn. Therefrom, two winners and two losers emerge.

The two winners battle each other, with the one emerging victorious among the two securing a spot straight into the next round.

In cases where there are 2 spots up for grabs from each group, the other team from the Winners Match goes forward to face the winner of the match between the two losers from the first round for a spot in the next stage.

The ESPL Power Up Valorant event’s top-heavy prize distribution ensures the team is compensated heavily for reaching the Finals, thus raising the stakes for all teams eyeing a piece of the 750,000 INR prize pool.

There are a couple of days left to secure a slot in the first Qualifier, with the registrations set to close on December 31, 2020. You can register your team here.

Esports Players League (ESPL) was founded in 2019 with the aim of building a sustainable, open, and integrated Esports ecosystem. ESPL is focused on building an Esports Tournament and Media Network on a global scale with a mission to nurture casual gamers to esports champions.

One illustration of the same could be given by the fact that individuals struggling to find a team for the 750,000 INR ESPL Valorant India Event can use their Team Finder available on the ESPL.gg website or look to find other players and/or stack on the ESPL discord.