The industry which just started off as a subset of entertainment has blended with the top industries in the world. Not only is the Esports business blooming but the global viewership is also increasing. Global investors, top brands, consumers, media and almost every aspect of today’s trend are keeping an eye on this very happening industry. By 2023 the total Esports viewership is supposed to become a whopping 646 million.

Various esports events happening across the globe not only entice a massive footfall upon the venue but as well as big numbers when it comes to online viewerships. These numbers acted as a giant magnet pulling in numerous brands into the esports ecosystem. The industry which is in limelight and is expected to grow multiple folds in another 5 years has non-endemic brands entering the business. Be it sponsorship or partnerships major deals are making the run.

Here’s a look into the 10 most talked-about and news-making brands that have made their name in the Esports business:

An American multinational that is known for their sports footwear and apparels have made a huge deal with the League of Legions Pro League (LPL), China. They have made a four year deal with LPL, where the teams will be sporting outfits with famous Nike shoes, customized jerseys and casual clothing. Nike being one of the top brands has totally made their statement by getting into Esports.

The soft drink giant Coca Cola Company which made history by changing the entire soft drink scenario has quite made its mark in the Esports industry. Right from 2016, they have been actively involved in League of Legends and Fifa Eworld cup. In 2019, they made a major nonalcoholic sponsor of the Overwatch League (OWL). The overwatch league being a professional Esports competition surely is bringing Coca Cola a lot of name and fame.

Bavarian Motor Works (BMW) a German prestige car which is known for its breathtaking automobiles has partnered with cloud9 a professional Esports organization. Cloud9 and BMW partnership is one of the most talked-about collaboration of 2019. Its other partners include Red Bull, OMEN by HP, U.S. Air Force, Secretlab, Twitch, and HyperX. At the beginning of the year, Cloud9’s LCS team welcomed Puma as its official apparel partner for the 2019 Spring Split.

The German Multinational and a rival of Nike have also been involved with Esports. They first made their partnership with cloud9. Currently they are collaborated with the 2019 spring spilt- PMCO (PUBG Mobile Club Open) where 10 regions across the globe battled their way to win the top position.

Nissan Motor Company a Japanese automobile company has always been a part of the Esports world. They partnered and paired up with the FaZe clan and OpTic gaming; both of which are leading game organizations. Nissan acts as a jersey sponsor for both of its new partners, and team members from both organizations will have access to Nissan vehicles for branded content across digital and social platforms.

The second-largest manufacturer of automobiles was the sponsor of the League of Legends European Championship (LEC), 2019. They are also producing an original series with FNATIC (LEC team). At the LEC, Kia Motors also operated a games zone, where fans played a digital game featuring the Sportage and Ceed models, and a photo zone where they took photos and won lottery prizes.

The Austrian energy drink has been one of the key energy suppliers for the gamers. This drink brand has been very keen to make its presence in this industry and has not just made one collaboration but multiple. They sponsor teams ENCE and BIG. Legend’s European Championship has also partnered with Red Bull. Along with these major pair ups they have also sponsored the first BLAST pro series tournament that happened at Brazil.

Multinational Corporation that is specialized in shoes and clothing teamed up with Grow uPESports, one of the largest and oldest Esports association founded in Portugal and Macau. Adidas have been signed as the jersey sponsor for a period of two years. Adidas also signed star Tyler “Ninja” Blevins to become an Adidas original partner. After this very partnership the company said that “The partnership marks the sportswearbrand’s commitment to gaming”.

An American clothing brand became an official outfit partner of the NBA 2K League. 21 teams have official apparels from champion. Champion also collaborated with FaZe clan to create a collection named “FaZe Clan X Champion 2.0” this has a blended logo of both FaZe and Champion. The minimum price for the apparel started around 70 dollar (4978. 96 INR).

Along with these ten companies, there are other industries which are making their mark in the Esports world. Some of them include Honda and Team Liquid, Golden Guardians and Madrinas Coffee, Tornado Energy and Virtus.pro for Fornite team, Waesteiner beer and Freaks 4U gaming’s 99Liga CS GO league, New Era and Essendon Bombers with League Of Legends Oceanic Pro League, Insurance Company State Farm and Overwatch League. Snickers, Kellogg’s, Domino’s and Totino’s also made their notable presence.

With these many multinational giants stepping into the gaming world, we can sit back and relax as it is clear by now that esports is headed in the perfect direction and the only way is forward. 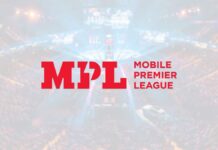 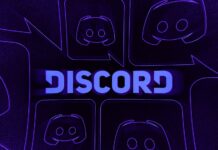 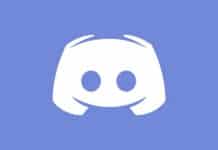 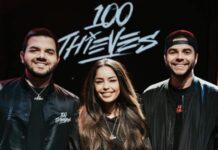