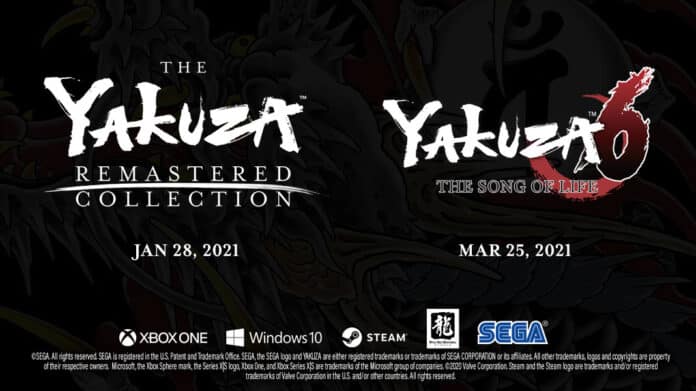 Back in December, Sega announced Yakuza: Remastered Collection and Yakuza 6: The Song of Life for Steam (PC) and Microsoft’s Xbox. The series was known for being exclusive to Sony’s PlayStation platform but with the release of Yakuza 0 on PC in 2018, Sega slowly shifted their focus to making Yakuza a multiplatform series.

Yakuza: Remastered collection is only a day away from releasing on PC and Xbox. The collection includes Yakuza 3, Yakuza 4 and Yakuza 5. Oddly enough, the collection does not have a Steam page at the moment, considering the previous games, Yakuza 0, Kiwami, Kiwami 2, and Like a Dragon were available for pre-ordering ahead of time.

However the PC requirements have been updated on Microsoft Store for PC which are as follows:

Yakuza: Remastered Collection will also be available on the Xbox Game Pass for PC.
Yakuza 6: The Song of Life is expected to release on 25 March.