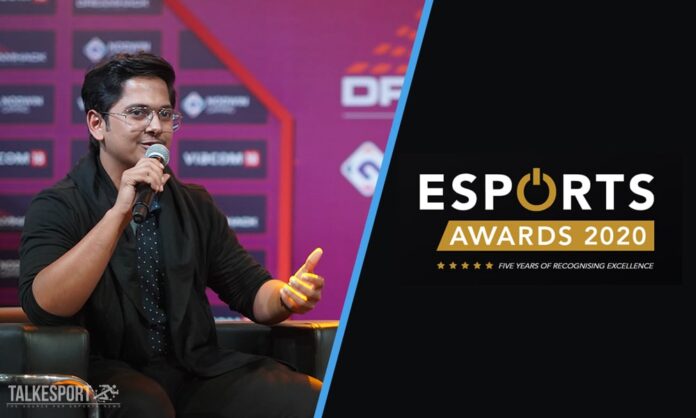 Mortal is nominated for the “Esports Mobile Player of the Year” category for the Esports Awards 2020. This is his second nomination after already being nominated for “Streamer of the year category”. This year’s prestigious ceremony that felicitates the top talents in the world of esports has included some famous faces from the mobile esports industry.

Esports Awards are the yearly award ceremony that celebrates the personalities throughout the esports industry for their remarkable work in their respective fields. Each year, the open nominations are conducted through which, few are hand-picked for the final list of nominees of a specific category.

Mortal is one of the biggest streamers from India who also plays PUBG Mobile competitively. After a successful run in 2019, he has raised a big fan following in the country. Although he did not make any remarkable appearances in his competitive journey this year, Mortal has reached new heights with his streaming career. Reaching the six Million landmark on his YouTube channel, he is also nominated for the “Streamer of the Year” category alongside big names like TimTheTatman, xQc, and Pokimane.

Zuxxy and Luxxy are also nominated for this category. They are the deadly brotherly duo from Indonesia that decimate their opponents in PUBG Mobile. Bigetron RA, their squad, can be called as the most successful PUBG Mobile Esports team this year with their record run of winning almost every tournament they enter. They are two-time global champions and a large portion of that success can be credited to this duo.

Alongside these three, several other players also have made it to the final nominees listing. The players include other prominent names from games like Free Fire, Clash Royale, and Call of Duty: Mobile.

You can vote for your favourite player by visiting Esports Awards website.

Also Read: How to vote for Mortal in Esports Awards 2020