The Fortnite World Cup 2019 featured a prize pool of $30 million in total. The winner of the Sunday finale, Kyle “Bugha” Giersdorf was awarded with a staggering $3 million in prize money. After winning the World Cup alone he was able to outearn most sports athletes from sports such as Tennis, Golf, etc.

According to a graph posted by ESPN, Bugha was able to earn more prize money than Wimbledon Champion Novak Djokovic, 2019 Masters Tiger Woods and 2019 PGA Brooks Koepka. All of these were major tournaments in their respective fields in 2019 and Bugha’s winning surpassed some of them by a huge margin.

Fortnite World Cup 2019 had one of the largest prize pools seen in any esports tournament and the winner was bound to get a huge sum of that shared $30 million prize pool. With winning the World Cup 2019 alone Bugha was able to list himself in top 10 most earning esports player of all time (tournament winnings only).

Epic the makers of Fortnite also announced on July 28th about the competitive circuit coming to the game in season 10 called the Fortnite Championship Series, which will feature prize pool of its own and will be open for everyone to participate. This series will later lead to World Cup 2 where we hope Epic to have the similar $30 million prize pool.

Although not enough details of the Series were revealed but one thing is certain that Epic is trying to keep the game interesting by increasing prize pool which will also act as boost for the esports scene. 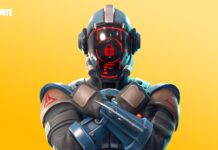