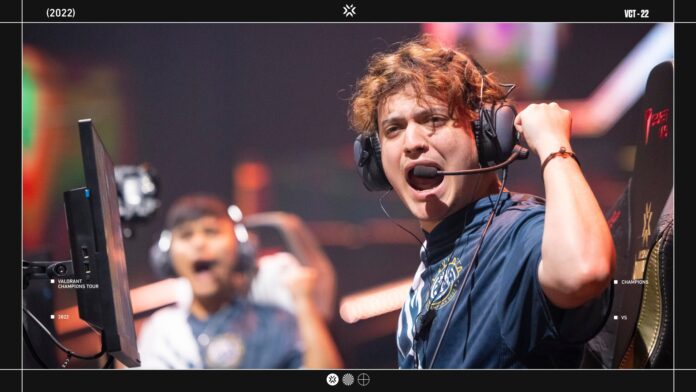 The day’s first match kicked off with Reykjavik’s second and third runner-ups, LOUD and ZETA Division, taking on each other for the first time. Both teams exited early in the VCT Masters Copenhagen.

The brawl between the Japanese ZETA and Brazilian LOUD started on Ascent, LOUD’s map pick. The map started in Zeta’s favour, but the rounds went back and forth, with none of the teams winning more than two rounds in a row. The first half concluded with ZETA with a two-round lead.

The second half was a different ball game as LOUD went on to win six rounds in a row. ZETA did answer back with one, but LOUD’s defence held strong and closed down ZETA’s attacks to close out the map 13-8 after a 5-7 first half.

ZETA’s map picked seemed to be working well for ZETA, with them only losing two rounds out of the starting nine, but LOUD recovered well, closing the half 5-7, and their winning ways continued with LOUD completely shutting down ZETA’s attacks once again to win the map 13-9.

With the second map win, LOUD wins the series 2-0 up and moves onto the winners’ bracket of group B to face the winner of Optic Gaming and Boom Esports.

Match 2 of Group B had the debutant BOOM esports taking on one of the most consistent Valorant Titans of 2022 Optic Gaming. The match-up is surely a trial by fire for BOOM esports.

The match-up started with BOOM esports picking Breeze as their debut map, and on defence, they locked down both the sites to limit the Optic attack to only four rounds in the first half.

Optic returned the favour in the second half by repeating what their competitors did to them, forcing Overtime on Boom Esports. The Overtime started with both teams displaying individual heroics to exchange two attacks and two defence halves, and eventually, BOOM closed it out on attack after winning the defensive half.

Optic’s Bind started with Optic completely shutting down all the attack attempts made by BOOM and letting BOOM only take two rounds on attacks to close the half 10-2. The second half started well for BOOM, but Optic overwhelmed the BOOM defence to win the map 13-5 and force the third map.

The decider fracture seemed like Optic’s pick. With them on defence, despite losing the pistol round and the follow-up, Optic completely shut down BOOM’s attack to close the first half 9-3.

The Optic domination continued in the second half, with Optic winning the required four rounds without dropping a beat. With the map win, Optic Gaming wins the series 2-1 to face LOUD in a VCT Masters Reykjavik Finals rematch for a chance to qualify for the Valorant Champions Playoff.

BOOM will face the ZETA division in the lower bracket, and the series loser will be eliminated from Valorant Champions.

The first playoff Qualification match of Valorant Champions 2022 Instanbul has the Kings of APAC Paper Rex taking on Chilean Leviatan. With the brawl starting on Leviatan’s Haven, Leviatan started strong on defence, winning five out of six rounds, but Paper Rex adjusted quickly to close the half 6-6.

The second half started with both teams winning two rounds each, but Leviatan, on the attack, started dissecting Paper Rex’s defence to win five rounds in a row, winning the game 13-8.

With a map deficit, Paper Rex started Bind on the attack with their Yoru/Raze pick and garnered quick rounds to reach a possible 8-4 half, but clutches from Leviatan helped them secure a 6-6 half.

The anti-bonus win for Paper Rex made it seem that Paper Rex would run away with the map. Still, timely clutches from Shyy helped Leviatan regain momentum and the back and forth continued with Leviatan reading Paper Rex’s aggression to win the map 13-11 to win the series 2-0.

With this, Leviatan becomes the first team to qualify for the Valorant Champions playoff and push the VCT Masters Copenhagen finalists on the brink of elimination.