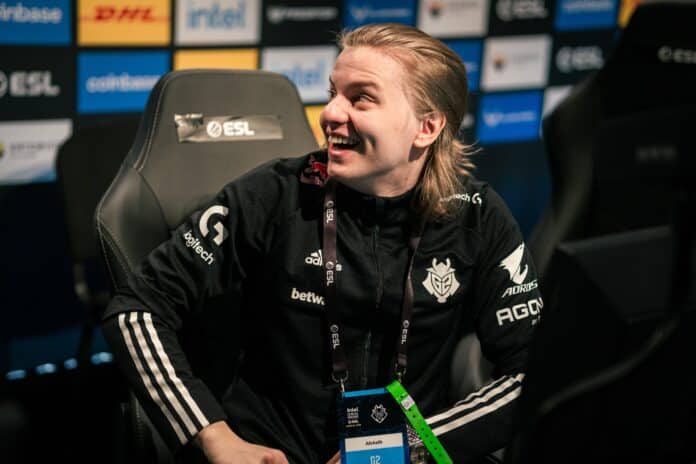 G2 Esports has allowed Aleksi “Aleksib” Virolainen to further explore his options for the rest of the 2022 competitive season, the 25-year-old player announced today on his Twitter handle.

Having joined G2 Esports in January as a part of the swap deal which saw the former and OG Esports trade Aleksib and Nemanja “nexa” Isaković. Aleskib was a part of G2 Esports’ roster overhaul which saw the team add Ilya “m0NESY” Osipov from Natus Vincere Junior to replace François “AMANEK” Delaunay.

The announcement comes after G2’s early exit from the group stage of the ongoing IEM Cologne 2022 where they were handed defeat at the hands of the Ninjas in Pyjamas. With Aleksib on board, the lineup never lived up to their expectations which were in scope since the beginning of their competitive tour across several S-tier tournaments including IEM Dallas 2022, BLAST Premier: Spring Finals 2022, and most notably at the PGL Antwerp 2022 Major where they never made it to the playoffs.

An earlier report which suggested Aleksib’s departure now stands official with the fate of XTQZZZ left hanging by a thread although the 32-year-old denied the same by calling it out as fake.

G2 Esports would need to determine the final piece to their puzzle throughout the upcoming player break which starts from July 18 till August 14.