Monday blues for Allu and co. at the ENCE Camp 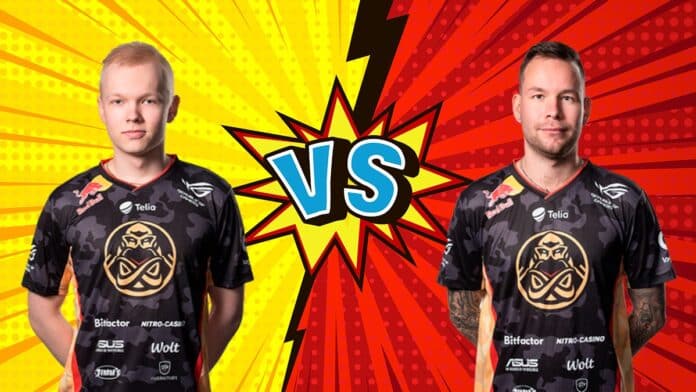 Earlier tonight, Aleksi ‘allu’ Jalli was invited by HLTV.org to join them for their “HLTV Confirmed show” which is streamed on Twitch. This was their 20th episode in the season 5 of the same. In today’s occurrence, allu discussed the roster change which ENCE underwent since the benching of Aleksi ‘Aleksib’ Virolainen right after the IEM Katowice Major in 2019. Along with it, the finnish player too opened about the staggering performance of his team which marked the overall form going down the hill.

After replacing Aleksib with Miikka ‘suNny’ Kemppi on the roster, the team suffered a plummet where they lost 13 out of their last 15 outings right after parting ways with their IGL. Since then it had always been an uphill task for the Finnish side to claw their way up back in the rankings but seemed to have failed when they tried to execute the same.

This was followed by yet another set of changes in the team which saw Elias ‘Jamppi’ Olkkonen move up to the starting roster followed by Sami “xseveN” Laasanen packing up for his new home at HAVU followed by Aerial leaving the team for medical reasons and Sergej who felt demotivated by the team’s enviornment.

Tonight, when allu discussed the same on the episode, Jere ‘sergej’ Salo on his Twitter might have blamed his ex-teammate for changes that were inculcated in the team which could have probably shook the entire chemistry amongst them.

Aleksib too replied with a “Thank you” in a follow up to Sergej’s tweet followed by xseveN retweeting  the latter as well.

Since the past two years, we have witnessed the majority of ENCE parting ways with the team with only Allu retaining his position on the roster. There have been several rumours around Reddit and other social platforms where the 28yo Finnish player has been blamed for the changes in the team as mentioned above.