The European Minor is always a CR4ZY affair. But, it was more so this time around, with the likes of fnatic, mousesports and North among the teams vying for the two spots available at the Starladder Berlin Major.

It was CR4ZY though, that stole the show, beating fnatic and North on their way to securing the second of the two spots available from the Europe Minor, with North set to take part in the Minor Play-In.

CR4ZY star Nemanja ‘huNter’ Kovac shed light on the team chemistry, his individual journey and the road ahead, along with the feeling of qualifying for what is set to be his first appearance at a CSGO Major.

First of all, congratulations to you and your team on qualifying for your first Major. How were you guys feeling going into the decider against North and what did you make of the matchup that ended in a slightly one-sided scoreline?

Thank you very much. North had beaten us before the playoff stage. So, we were focused on beating one of fnatic and mousesports, which we did. Going into the matchup, we were confident in our preparation. North are a really good team with good players. Although, it did end in a rather one-sided 2-0, it is never easy to face a team of their calibre.

It must be a CR4ZY feeling to have qualified for the Major and have your stickers inside the game!

Of course, that is what everyone wants, to qualify for big events, and Major is on top of the priority list. That was our goal when we created this lineup. I can’t wait to see my sticker on weapons!

You guys have continued to progress towards the top end of the CSGO circuit, slowly but surely. What is the general atmosphere within the team?

The atmosphere in the team is great. We have been together for around eight months now; played a lot of events and qualifiers. We wanted to beat the best and believed in ourselves. We are all good mates and good personalities and I couldn’t be happier!

Almost everyone has taken turns to step up to the plate frag-wise. How does it feel to have a well-rounded roster with raw firepower and how is it different from the previous iterations?

We knew it (of the firepower) when we wanted to create this lineup. Earlier, LETN1 was the IGL. But, we wanted to change our style. So, he stepped down and for the first 2-3 months, our coach Emi acted as the IGL in online matches and we just created our gameplan match-to-match on LAN. It wasn’t ideal. Then, nexa took up the IGL role on every map except Nuke, where I do the calling. Our current setup is better, it’s working well for us and we feel comfortable in it.

Coming to you, you have been on a tear in 2019. How confident are you in your individual ability compared to the players, let’s say, of Liquid and other top tier teams?

I have always been super confident in my own ability. I always try to improve and I practice a lot. Although, I haven’t yet had a chance to play against Liquid or Astralis, I think it will be really hard. We have to work a lot to be on the level that these teams are. But, we are confident in ourselves.

Over the years, we have seen you establish yourself not just as a top player but also as more of a commitment type of a guy, who likes to stick to one team and one lineup.

Yeah, I have been with the guys (me, LETN1, Emi and manager peca) since iNation, then Binary Dragons, Valiance and now cR4Zy. I had many offers over the last couple of years. In some cases, I was not interested and in some, the organization did not want to sell me. But, I am happy with the current lineup and my current teammates.

How hard was it for you when this lineup happened, which saw only you and LETN1 remain as active players from the original lineup?

To be honest, it wasn’t that hard as we knew what we were up for something huge when we added nexa, Otto and Espi. We couldn’t qualify for Katowice but we have now proven we can perform against the top teams and that we deserve to be at the Major.

Now that you guys have qualified for the Starladder Major, what are your plans and schedule leading up to it?

We have a two-week vacation lined up and then we will start preparing for the Major. We will start with some practice from our homes and then bootcamp before the Major starts. Our aim is to first manage to get to the next stage at Berlin.

Thank you for taking out the time for this interview. Any shoutouts or message you want to give to your fans?

No problem. Shout out to the organization for supporting us on our journey. I also want to thank the fans that were with us before the Minor and during the Minor matches. I think we showed some good Counter-Strike and hope we will have more fans rooting for us at the Major. We will continue to do our best to make our fans proud. Thanks once again! 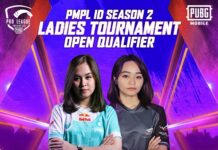 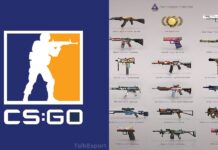