Its past eight weeks of total lockdown with no hope for a vaccines of COVID-19, I’m not sure what the future would look like, our freedom will be dependent on this. Although, the only thing I like about this period is the game time we’re getting. The time to explore a lot of stuffs including the ones which are the most notorious.

A couple of weeks ago, I had a surprise chatter in a CSGO competitive game with one of the players who was ‘apparently’ testing his hacks. In between Valve’s match-making, I lobbied with one of my friends, we both are LEMs. The server was CS:GO Dubai West or so as I recall. They were playing casually in the warmup.

The queue had five “Flawless” or that’s what their clan tag suggested, on opponents side and 2 in ours. They were trying to do a ‘hvh’ session to test out who had the best hacks. One of them who was on our side, appeared reasonable to me as the rest of the opponents were doing nothing but hurling abuses. Let’s the call the guy with whom I was chatting, ‘Fettish.’

The game started and just after warmup me and my friend started to feel something was off, they were bhoping in the outer area of de_train and just at contact, headshot. Eventually, after a couple of rounds Fettish told us, we can’t beat them so stop even trying. I asked, why? He responded, they are all hackers and have subscribed to our hacks called [NAME REMOVED].

I astonishingly said, what the hell? why even play in match making if you want to hack? He responded, a recent update of Valve, which looked like just a regular one with map reforms, Valve secretly upgraded their Anti Cheat. Hence, they were trying to test a few features. I jumped in to ask, which update? which he obviously didn’t want to reveal.

Progressing around round 14th I asked, how does these hack work and what’s the user base? Fettish said he charges roughly around $19.99 per month for one user with limited features & $29.99 for unlimited usage. The hack simply draws over the game which enables the exploit.

Obviously my ridiculous excitement was in no mood for containment, I asked, I know about wall hacks, aimbots and what not, do you guys even offer health-pack hacks? Just to be sure if I was the noob or the opponents were over 100HPs. Fettish said, his services don’t offer healthpack boosters, nor they intend to.

The streamers & pros around the world also have the subscription, he said. I quickly countered what about the live streaming? Will it not reveal? Fettish said, there are tweaks provided by them to customize streaming software, OBS is one which they support as of now.

“In our subscribers base, there are thousands of semi-pros,” Fettish claims. Although when I wanted to dig into the regions, the base, and the organizations, he obviously hesitated and refused to speak. The market is big, the cheat market brings in hundreds and thousands of dollar every year. In a famous game like CSGO, the cheat developers also have to keep their A-game all the time.

It’s like a heist. Once mistake and thousands of people get swiped away. There are challenges for them too, Fettish says before allowing anyone to access their tool, they also need to be sure the customer isn’t an undercover Valve developer. I was shocked to hear this, it seemed like a Hollywood movie where FBI agents go undercover to bust a drug-racket. But Fettish says, that’s their concern.

Updates & Keeping up with Valve

Fettish says to stay in the business we’ve to stay one step ahead of Valve. A wave of VAC ban and lots of users stop the services, which hurts them commercially and their brand reputation.

As soon as Valve pushes a CSGO update, the cheat coders have their task set. They have to be fast to evade any potential detection of their script. I tried to get the numbers of active subscribers from Fettish, he didn’t disclose it all but given by the scale they’re giving away their service, it was sure somewhere around tens of thousands.

Their website is DDoS protected. They use AWS. They use secured payment gateways. There’s absolutely nothing these people don’t offer. It’s incredible.

It is incredible that a Free to Play game where cheat markets are worth millions. 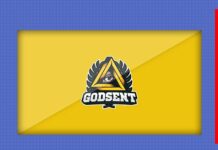 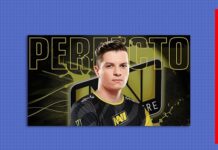 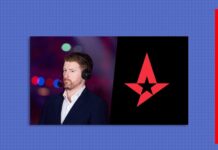 Astralis’ director discovered to be one of the Owners of HLTV