Valorant to team up with Crown Channel to host WWFEST 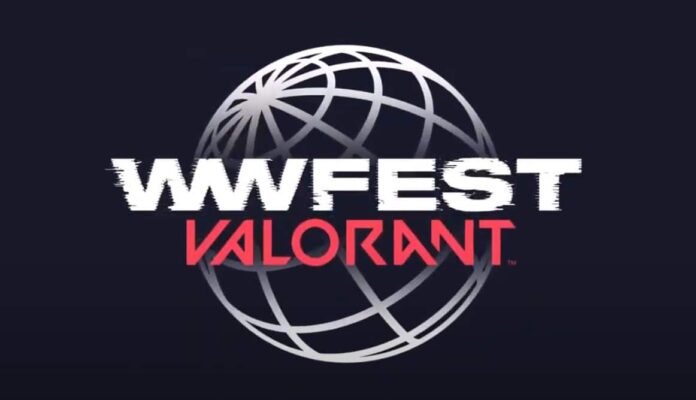 Riot Games has announced through a Tweet that they’re teaming up with Crown Channel to bring WWFEST, a Valorant fest set to take place in early 2021.

WWFEST has been defined by the company as “an experiential music and art festival like you’ve never known before.”

The “epic celebration of music, art and gaming” is scheduled to debut on January 15th, 2021.

The event will run for six hours, and will feature “creative elements that channel the personality and vibes of each agent.” It’ll also feature a “star-studded” lineup of musical celebrities including ARMNHMR, WHIPPED CREAM, Moore Kismet, and others whose names will be revealed at a later date.

Where to watch the WWFEST stream?

Valorant fans will be able to catch the WWFEST stream live on 15th January on the official Crown Twitch channel. The Valorant fest is not that far. Are you also hyped up? Let us know in the comment section below.