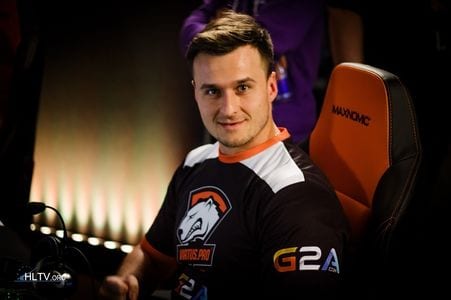 Renowned CSGO pro Jarosław “pashaBiceps” Jarząbkowski has joined Team Liquid as a streamer, and Liquid seems to be more than happy to welcome the 32-year-old in the team.

Team Liquid shared the news with their fans on August 5th, claiming that the team is “getting a buff.” They also shared a tribute video through their Twitter, welcoming the CSGO star and legend in the team as a streamer. The video depicts a comedic group chat between the members of team Liquid where Dauren “AdreN” Kystaubayev suddenly announces the arrival of Pasha to the team. The video also shows some clips of the former Virtus.Pro player getting some insane frags across the maps of CSGO, and even some from VALORANT.

Liquid has explained the joining of Pasha to the team in further details through their official blog, where they hailed pashaBiceps as the man with “the generosity and joviality of Santa Claus” and “the strength and swagger of The Terminator.”

Team Liquid claimed that even though they had to encounter Pasha in the opposing team for many years, it was difficult to not cheer for him. “Luckily for us that’s no longer going to be a problem and we know Pasha will fit in perfectly with us here at Team Liquid,” the blog post said.

Pasha himself has also mentioned that he is very happy to be a part of Team Liquid after all the years of existing rivalry.