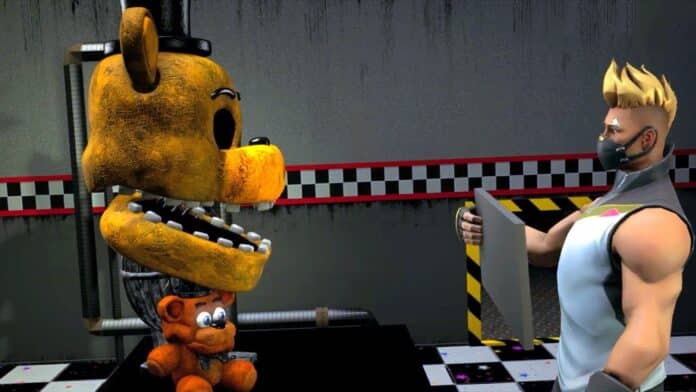 In Fortnite Season 5, Epic Games has introduced us to various crossovers with different games and series including characters from  G.I Joe, God of War, The Mandalorian, Halo, and Predator. Now with the end of Season 5 nearing, Epic Games might be doing another crossover event.

According to Prominent leaker Hypex, who is one of the most reliable and well known Fortnite sources, some evidence within the game data hints towards a crossover between Fortnite and Fight Nights at Freddy’s coming next.

Hypex while fiddling around the game data found some strong evidence including audio files, character skin files, and voice lines. He complied all these events in a Youtube video which he uploaded on his channel.

In the video, he goes over the files he found. First, he found skin files codenamed “FrenchFry”. Traditionally the first letter of skin file names matches the name of the character on which the skin is based on. Hypex is pretty confident that the “FrenchFry” name here refers to either Fazbear or Foxy from Five Nights at Freddy’s.

Additionally, he found 7 footsteps audio files that sound very similar to Foxy’s footsteps in Five Nights at Freddy’s. Since digging around Data files is very hard, till now he has only managed to dig only so much information. While the whole seems a bit of a stretch, the evidence looks quite substantial and might very well be true.