The Most Expensive CSGO Skins in 2021

CSGO, one of the most successful FPS titles out there, is known for its aesthetic marketplace along with an insane set of FPS mechanics. Since Valve revamped the game with weapon sprays now known as “Skins”, we witnessed a turn of events after the Arms Deals update was pushed into the game.

These weapon skins caught everyone’s sight as players did find them to be visually appealing, provided with the fact that these skins won’t add any extra muscle power to your weapon.

After the community market was set up for CSGO, players did find themselves grabbing up some skins from the market or trade/sell their owned design patterns to go for some other kinds. As such, people wanted more from the game, and that’s how skins in CSGO became a thing.

A lot of people care about the cosmetic elements in CSGO, known as skins. They don’t influence the gameplay, but just make particular goods look more beautiful.

Skins and CSGO go hand in hand. They hold financial importance other than the cosmetic value that has given rise to a healthy trading network with its own set of benchmarks to set the price. The price of the skins is correlated with the wear rating thus it is something everyone should know of while trading.

These cosmetics come with a float value when unboxed. Once opened, you have no control over the value as it is predetermined by what the game decides by assigning it a float value between 0.0 to 1.0. The lower float value translates to a higher selling price and vice-versa. The lower float skins have fewer scratches and negligible dark patches and sometimes none altogether. Some skins get shinier with a lower float value, they don’t have any scratches for any float whatsoever, but such skins with high FV will look shady and less shiny than their low FV counterpart.

This article would further update you with the most expensive skins available in the community. 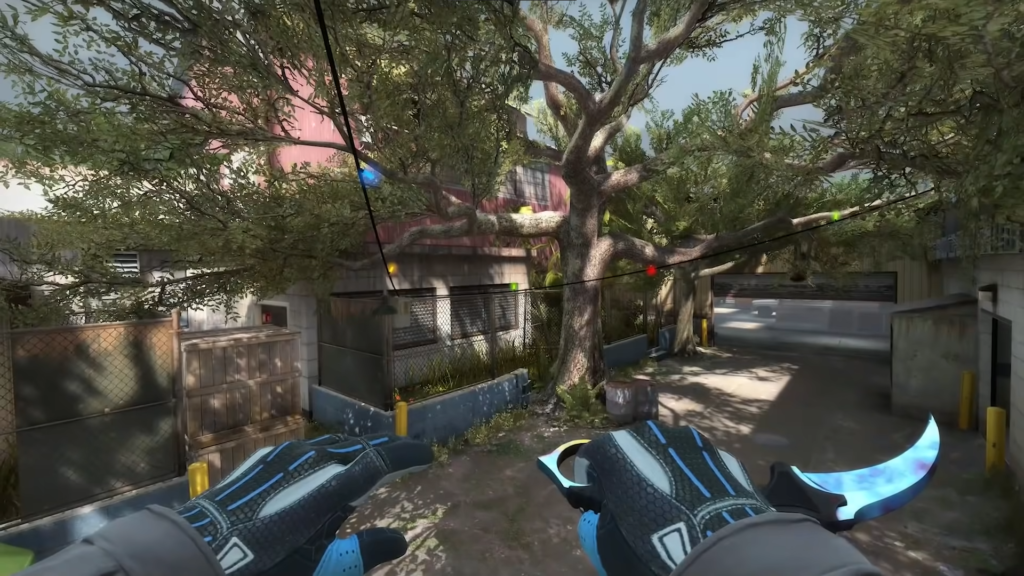 According to reports, this magnificent Karambit belongs to a YouTuber based in China. It is believed that this was the most expensive trade back in 2016 ever in the history of CSGO, worth $150,000 USD. Based on the current market price and the whole cryptocurrency spike, this may fetch its Chinese owner over $600,000 USD. 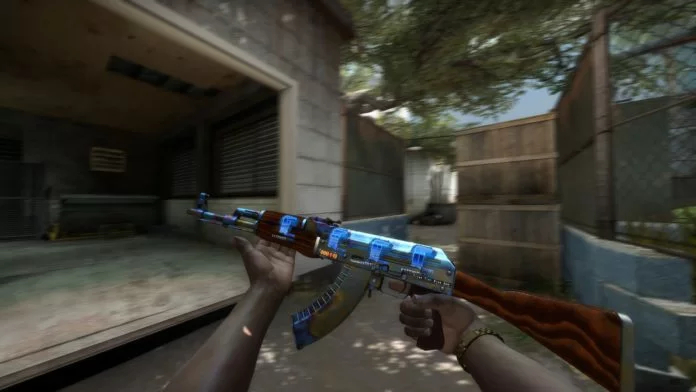 This is also deemed the most Expensive CSGO Skin Ever Sold in the History of CSGO and is the AK-47 Case Hardened with the StatTrak™ Technology. Bearing 4 ‘Titan | Katowice 2014’ stickers on the skin with a Minimal Wear finish, the weapon was bought at a flabbergasting price of $150,000USD on Steam. That is some serious cash right there, and likely a good investment since there is no other version of it that is exactly like this one. The AK-47 Case Hardened skin was added to counter-strike as a part of the first-ever weapon case and was too a part of the Arms Deal Collection. The skin had an interesting pattern design that had a blue hue on it. It became obvious that most players really liked the blue glow emitted by the gun in the process and might likely just increase in value. 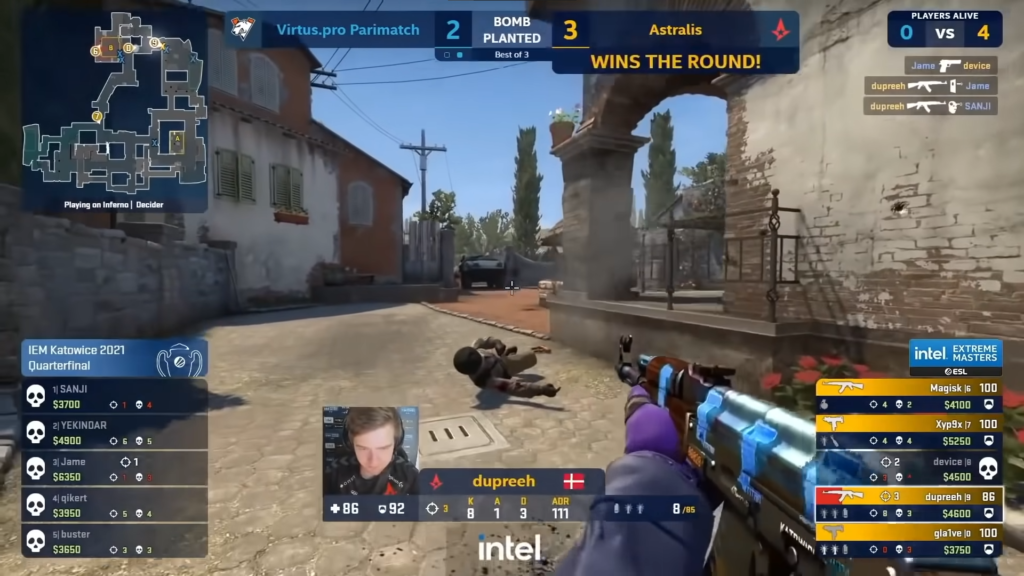 Peter ‘dupreeh’ Rasmussen was spotted using this skin in the IEM Katowice 2021 Qualifiers against Virtus.Pro. 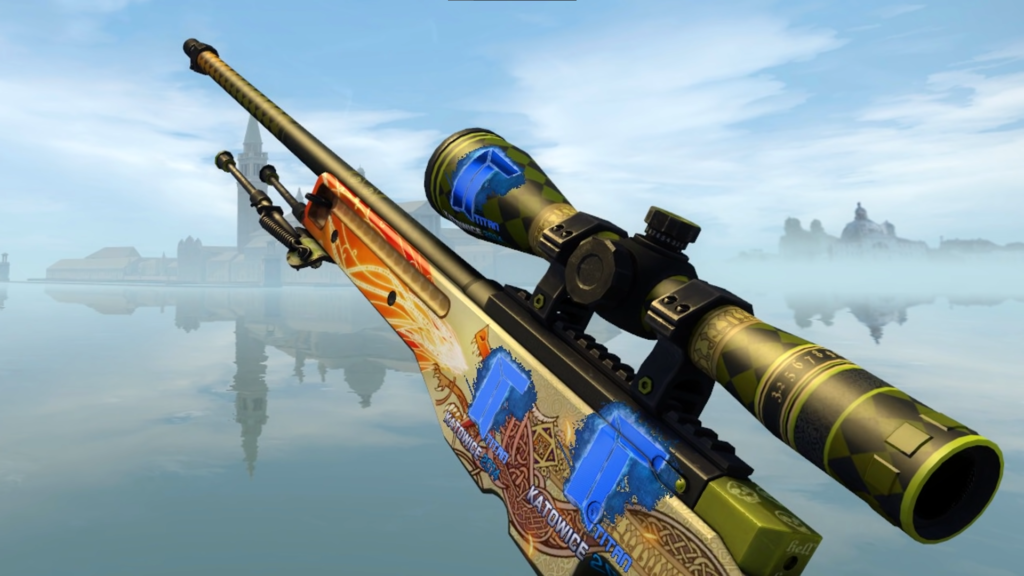 Lord Belle’s Souvenir AWP Dragon Lore with the 4 Katowice 2014 Titan Holos is just another masterpiece crafted till now. The stickers alone cost a bomb and add up to $40,000 USD to the total price. This skin currently sits at the top of all sniper rifles with a price tag of $250,000 USD. 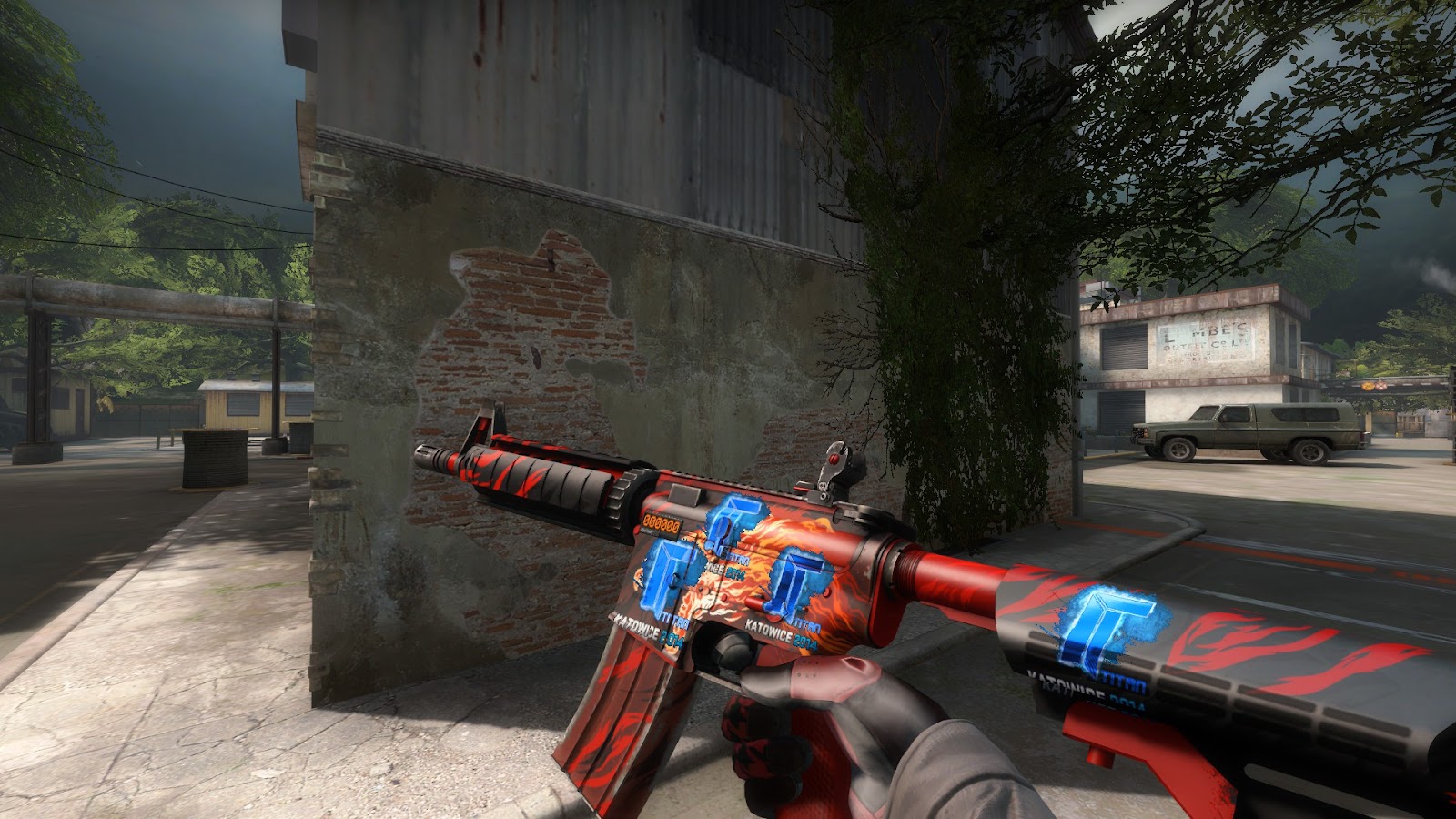 After the infamous M4A4 Howl skin incident, where it was claimed to be a stolen community workshop artwork, the former was made unavailable even by unboxing your cases. This resulted in a terrible upward spike in the skin’s pricing. With the current crypto-currency market hitting new heights every day, it has indeed added more misery to its Value.

With 4 Titan Katowice 2014 Holos crafted, this Stattrak M4A4 Howl is now up for grabs with a whopping price tag of $180,000 USD. The owner of the same would be totally on a Cloud 9 after Valve decided to withdraw the CSGO Key trading which made this skin tougher to lay hands on.

After the StatTrak Ak-47 | Case Hardened Blue Gem with 4x Titan Holos, comes the AK-47 Fire Serpent with the 4 iBuyPower Holos. Ever since iBP disbanded over the match-fixing incident, their sticker prices have skyrocketed to almost unforgivable listings. Ever imagined that someone would craft them on a StatTrak AK Fire Serpent? Well yes, a person did, and here is it. 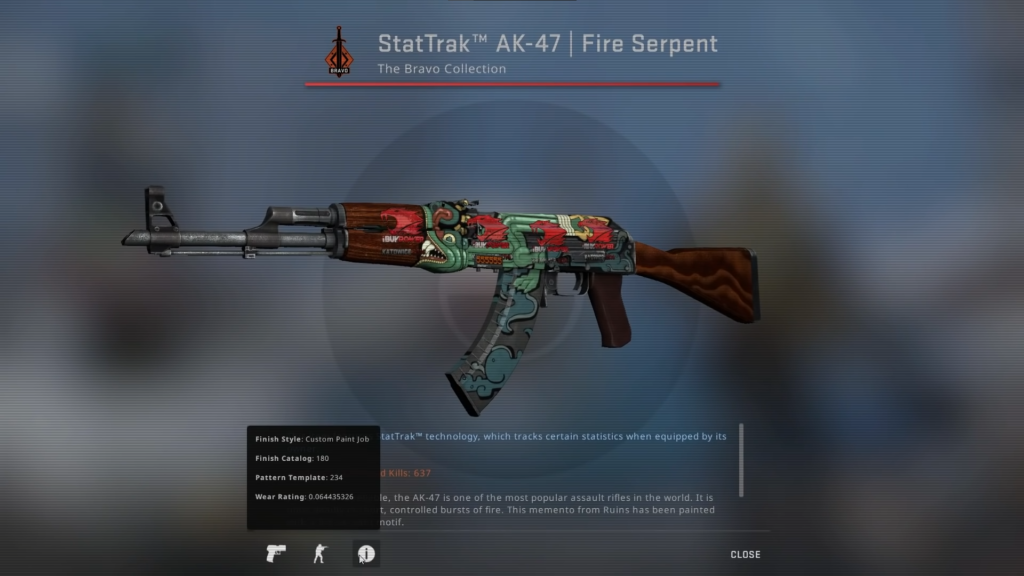 According to me, these stickers itself can fetch a hefty sum given the weapon itself would cost you to go all in.