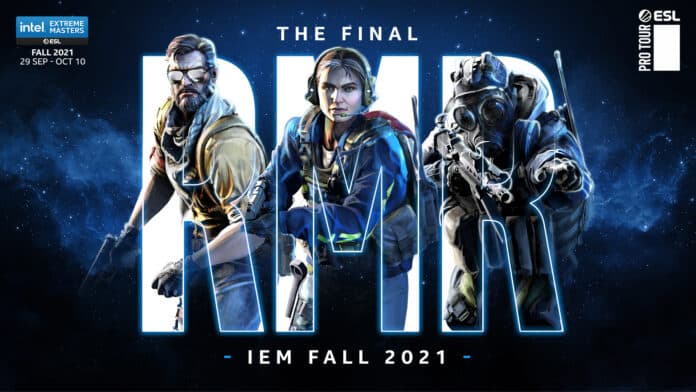 ESL announced earlier today that the last round of RMR events before the PGL Stockholm Major would be IEM FALL 2021, and will take place in all the 6 regions from which teams are determined for Valve Sponsored Major events. ESL also announced that they will try to make the European event happen on LAN, while the rest would be played online, although nothing is set in stone just yet.

The 6 regions in which IEM Fall will take place are:

The teams can qualify for IEM Fall through invites as well as through a circuit of closed qualifiers that’ll take place before the main event. Half the teams will be determined via invites, and the rest will have to qualify through the closed qualifiers if they want one final chance for qualifying for the major. Each team will have a shot at 2500 points in their respective Regional Major Rankings which will determine whether they qualify for the major as Legends, Challengers, or Contenders.

OG and Faze Clan are the two most shocking names that are currently out of contention from the PGL Major. They will have to pull up their socks if they want to show up at the biggest stage of CSGO, the first major in close to 2 years. Over in NA, Extra Salt too need to perform well and better than Brazilian team O Plano if they want to play their first major while the finalists of the last major Virtus Pro have not secured enough points to be part of the major just yet either. Everything will be at stake for the last RMR and the teams will give it their all to play in Stockholm at the end of the year.