Natus Vincere brings down the Alliance in the lower bracket at The Manila Major by taking 2-1 victory in a best of 3 series.

“Time and again it happens, In front of screaming crowd and impact stadiums around the world. When everything is on the line, When all hopes seems lost. Na`Vi Does the impossible.”

Alliance is a Swedish professional Dota 2 team which was founded in September 2012 under the name of No
Tidehunter. They’re The International 2013 winners who have dominated in 2013 through the Dota 2 scene both at

West and East, leaving many big teams behind them. The team is composed of the Swedish players, among which are some true legends of the DotA such as Loda and Akke.

With the level of rivalry between both teams after the TI3 finals, It is said as an EL Clasico of Dota 2 whenever these two teams are placed against each other in any tournament. Na’Vi and Alliance are able to increase their fan following even after falling down at the international scene.

The teams were placed against each other in the second round of lower bracket at The Manila Major with a best of 3 series to prove themselves who is the best. The losing team was supposed to be knocked out of the tournament while the winner plays the tournament favorites Team Liquid.

After many rotations from artstyle and GeneRaL they were successful to kill EGM many times but it was not enough as Loda on his Faceless Void with some amazing crono’s followed up by the damage from Jakiro and Skywrath Mage was sufficient to take down the Navi squad.

Navi getting destroyed in the first game by Bulldog’s Brood Mother, they decide it to ban in the first phase.

With a game where Naga Siren was 6 slotted 45 minutes in the game, Navi was able to pull out the game with some great plays and extraordinary team work. As Dendi says “Vitya is a machine” – Its proved today.

With Generals Batrider and Dityara’s Lycan navi was able to claim the team fights and wiping out The Alliance in the last fight and claiming the Throne.

With this loss of Alliance, their chances of getting invited directly to The International 2016 have been cut down as they fail to end up in top 8 at the Manila Major.

We wish Good luck Alliance in future and Navi for their game against one of the Tournament Favorites i.e Team Liquid. 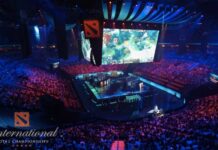