As we begin to experience the $1.2 million tournament by WME| IMG, ELEAGUE started with a fresh and very impressive node with Australians showing strong presence against Luminosity and almost beat them in the first match of ELEAGUE Season 1.

The First map was Cobblestone and Renegades was off to a good start by taking the pistol round that also followed a knife kill from SpunJ. This was followed by two more anti-eco rounds which was later denied by Luminosity in the rifle rounds and the score tied up to a 3-3 after couple of following gun rounds went into Luminosity’s favor. Renegades tried hard and managed to pull off the last round of the half with AZR’s ace and trailed 6-9 at the halftime. In the second half pistol round Luminosity easily takes the pistol round but Renegades didn’t lose hope and did a great comeback by equaling the scoreline to 15-15. The Brazilians somehow managed to win the overtime and won the first map 19-17.

The Second map was Train and Luminosity pulled off a great pistol round and was leading 4-0 in the ct-side. This time Luminosity didn’t give a single chance to Renegades to comeback once again. Fallen with his awp went insane in the first half and the scoreline by the halftime was 15-0. The Brazilians won the map 16-0 and declared an easy win over Renegades in their first match of the ELEAGUE.

The Second Game was Between Cloud9 and Team Liquid

The first map that was decided was Dust2. Cloud9 easily pulled off the first pistol round as CT but Liquid later came back and equaled the scoreline to 4-4. Somehow Liquid got ahead in the halftime by 8-7 to Liquid. But then n0thing stepped up and pulled of a great pistol round clutching it in a 3v5 scenario. From there Cloud9 became unstoppable and pulled of the map by shutting down Liquid with a scoreline of 16-11.

The Second map of the match was Cache and it started pretty well for Cloud9 as Stewie2k pulled off a 1v3 Usp clutch. Liquid once again tried their best to comeback but they were soon shutted down by the two heroes of Cloud9 n0thing and Stewie2k. The map ended with a scoreline of 16-2 in the favour of Cloud9.

The first map was again Dust2 and Liquid pulled off the first pistol round with the help of EliGe and Adren but later their SMG buy didn’t go as expected and Luminosity made a great comeback and started winning the game 8-1. Later on Liquid tried their best to pull off some rounds and the map too but the Brazilians didn’t really let them do it and shut them down in a 16-6 win on map one.

The second map was Cobblestone and Liquid’s Hiko managed to pull off a great pistol round and Liquid then followed with a lead of 6-1 in T Side. Liquid dominated Luminosity in the first half and the scoreline was 12-3 for Team Liquid. But then something happened that wasn’t expected Luminosity somehow pulled off the second pistol round and then started to comeback and Liquid were the ones on a bad economy. The Tables turned and Luminosity won a 4v2 round a clinched the second map of the match by the scoreline of 16-14.

All the matches on day 1 of the ELEAGUE Season1 were pretty intense and exciting. All the teams gave each other a great fight and gave their best to win the match. Luminosity Gaming won both their matches on day 1 of the tournament and are Currently on top of their Group A followed by Cloud9, Renegades and Team Liquid. We will keep you updated for the rest of the match, stay glued. 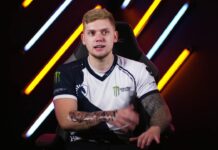 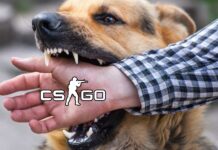 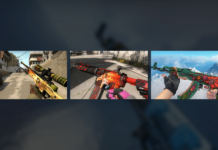 The Most Expensive Skins in CSGO