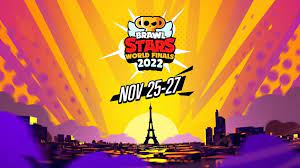 Supercell, the organizers of Brawl Stars World Finals 2022 is all set to start the fourth edition in Disneyland Paris. The event is scheduled to take place from 25th to 27th November featuring the best teams from around the globe.

The last edition of Brawl Stars World Finals was won by Zeta Division which featured a massive prize pool of $1M USD. This season saw a downfall in the prize pool with $500,000 USD. Although, the prize pool can be increased to $1 M through crowdfunding.

A total of 16 teams qualified through the various regional events which culminated into championship points.

The first two days of the grand finals will feature a Round of 16 matches, while the third and final day on November 27 will have the Quarterfinals, Semifinals, and Grand Finals matches. All the matches will be best-of-five except the grand finals which will be a best-of-seven match. The event will follow a single-elimination format.

The last season champions, Zeta Division will feature two teams in the 2022 world finals. Both of their line ups managed to qualify for the world finals 2022 and holds the high contender ship for winning the event.

By signing Free Win Agents, the Indian company Stalwart Esports entered the Brawl Stars esports. The team is led by Nicholas “CoupDeAce” Wilson, a member of the PSG Esports team who won the 2020 World Finals. The team has put on outstanding performances in their regional competitions.