Valorant, Riot’s FPS, has been a resounding success since its release in 2020, thanks to its unique blend of tactical shooting mechanics and ability-based gameplay along with a wide selection of incredible-looking cosmetics that entice the player-base to grind the game out. 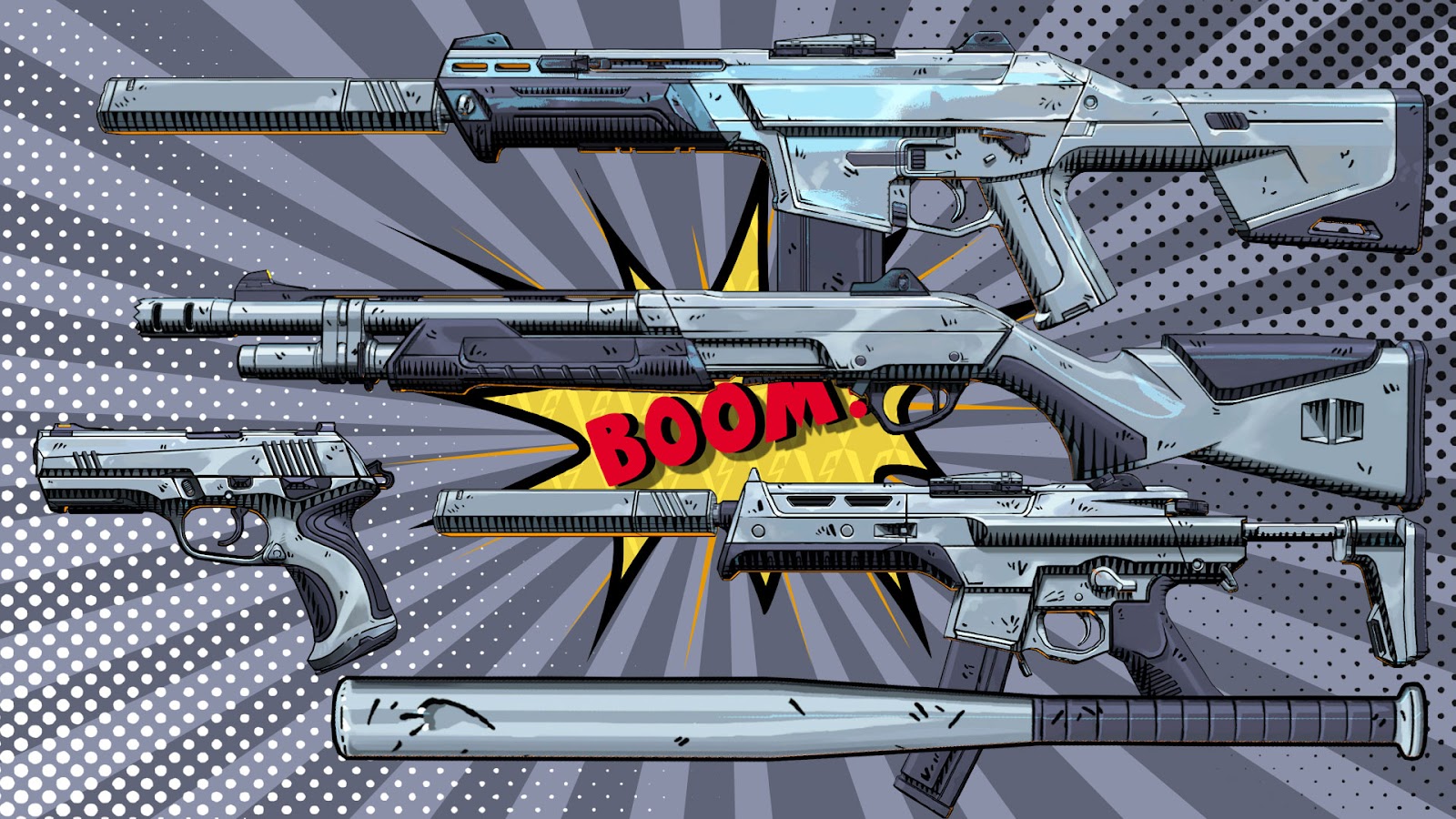 Today, Riot has shipped a brand new skin bundle, “Radiant Crisis 001” to their first person tactical shooter as a part of the 3.09 patch update and the Episode 3 Act 3. Premium content producers at Riot have once again startled the community with a new cosmetic design, this time based on a comic book theme from the 90s, which can be fostered once you upgrade the other variants on your weapon skin from the Radiant Crisis 001 bundle .

Ever since the launch of Valorant, we have come across a plethora of ideas revolving around the premium weapon skin collections, the likes of Elder Flame, Glitchpop and every other collection revealed by Riot. The Radiant Crisis 0001 boasts a unique melee weapon skin, themed as a Baseball Bat with an upgradable variant. In fact every weapon apart from the Baseball Melee has two available variants consisting of VFX and Finisher upgrades.

The VFX upgrade would flash a “Click” animation every time you reload while the finisher upgrade animates with “bang, pow, oof, and whack”.

You can grab the Radiant Crisis 001 bundle from in-game at the cost of just 7100 Valorant Points (VP) for the next two weeks until it gets replaced by some other collection. As mentioned above, you can get the weapon skins at individual pricing of 1775 VP while the Melee Baseball bat comes at an exclusive amount of 3550 VP.