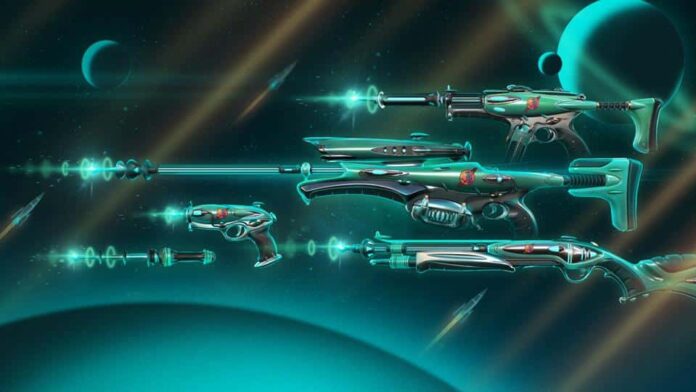 Riot Games has announced a new skin bundle for their competitive shooter Valorant, and fans are loving the designs!

The Gravitational Uranium Neuroblaster (GUN) bundle, which is inspired by works of authors like Frank Herbert, Isaac Asimov, Arthur Charles Clarke, and the Strugatsky brothers, will feature skins for the Classic, Bucky, Operator, Spectre, and a melee weapon.

Considering the previous skin collections presented by Riot, the GUN bundle is a unique take on Valorant skin designs that make them appear straight out of a sci-fi movie. The skins will consist of three separate color variants.

The price of the full bundle including five skins and a gun buddy hasn’t been specified by Riot as of yet. Each skin in the bundle will cost 1,775 Valorant points, which is just under $20.