As we bid farewell to Operation Shattered Web, Valve reveals the next surprise that they had in store for us to keep ourselves occupied in this quarantine period.

With the latest update pushed by Valve on 31st March 2020, we part ways with Breach and Studio to make way for two new maps, namely de_anubis and de_chlorine. The two maps are added in Casual, Deathmatch and Scrimmage modes before we see them in Competitive. Anubis is themed around an ancient Egyptian temple of the death god Anubis, with a color tone similar to that of Mirage, while Chlorine is set in a modern-day abandoned safari park, the map is timed towards the evening and has a lot going on for it.

Besides two maps, players will “receive commemorative inscriptions on their coin with the number of completed operation missions and number of stars attained”.

Although two new maps and a badge boasting statics might seem fancy, the new Prisma Case 2 that comes with it is fancier and so are the skins and the new knife. The new case features 17 brand new weapon skins and the new Horizon knife.

Moving away from the fancy stuff, players are noticing significant performance improvement and with rumored Source Engine 2 integration, we are yet to see CS:GO at the peak of its efficiency.

[ MAPS ]
– Breach and Studio are no longer available on official matchmaking servers.
– Anubis and Chlorine have been added to official Casual, Deathmatch, and Scrimmage game modes.

[ MISC ]
– Players who are eligible for cross-promotional content from The Master Chief Collection and Half-Life: Alyx will be able to receive the cross-promotional CS:GO items even if they are VAC banned in CS:GO.
– Fixed game state integration data output for clients in the team coach slot.
– Fixed misalignment of agent poses on main menu.
– Added missing voice lines for Mr. Muhlik. 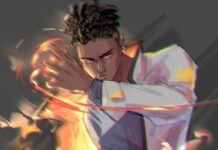 Fans are asking riot to add Mans Not Hot dialogue for...

Fans are asking riot to add Mans Not Hot dialogue for...