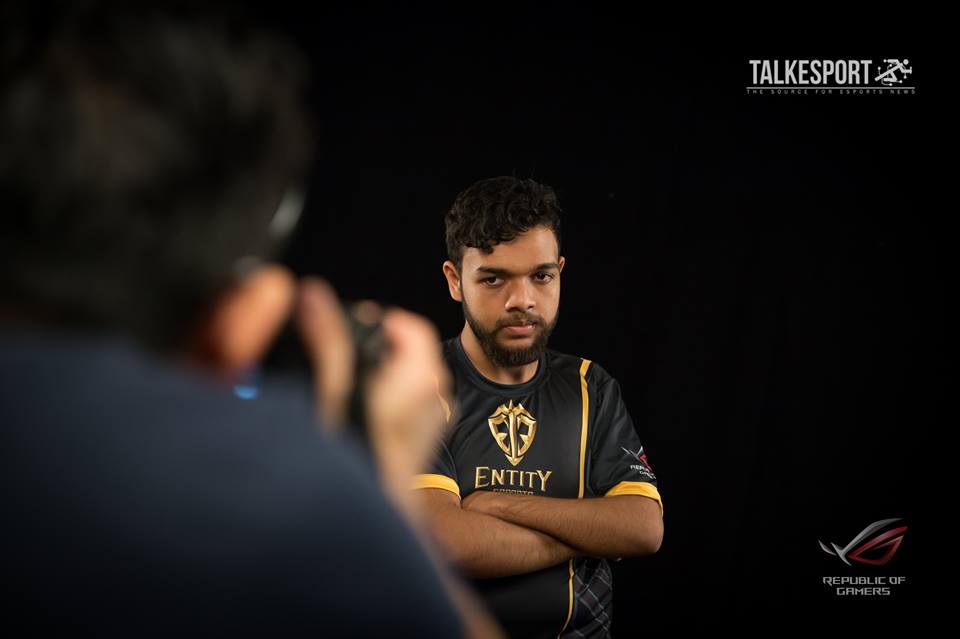 Crowley, India’s supposedly one of the best DotA 2 players is planning to quit his professional team Entity Esports amidst arising differences within.

Entity Esports, which came into existence only a couple of months ago has CS:GO, DotA 2 and Overwatch squads which apparently are best in their fields. Our sources close to the team revealed that the time has come for Raunak ‘Crowley’ Sen who is now sidelined from the active roster following misconduct.

We got official words from the management at Entity Esports, where Sid Joshi quoted:

“It was more due to his behavior and attitude than his performance. Also, it’s not a roster change. We always had a six-man roster and actively switched NO_Chanc3 and Evil-ash.”

Raunak, who’s performance was not at his best in ASUS Rog Masters in Malaysia now plans to tweak his gameplay staying away from the team. Although the decision to set Sen aside from the team isn’t a reflection of his performance, rather the decision has been taken due to misconduct and ill-behavior.

Apparently, Crowley was also seen missing in the active lineup of Entity Esports game yesterday in the ESL One Genting 2017 qualifiers where they lost two best of one’s against EVOS.

Entity Esports were playing with:

It has indeed happened. The ousted of Crowley has been confirmed by Entity Esport’s manager, Sid Joshi, who calls this incident rather ‘kicking him’ instead of him leaving the team on his personal consent.