COD Mobile is offering loads of rewards to players completing the seasonal missions. The missions are segregated in five subsections and players can choose any one or all of them. Players that complete these tasks are rewarded generously at each step with a special item at the very end. For the Survival Kit mission, players are struggling to find legendary weapons in COD Mobile. It is very simple to actually identify and get these weapons and here is how you can do so.

Survival Kit is a BR mode focused seasonal event for which players have to complete various tasks in the same mode. The battle-royale mode finally has a new map named Alcatraz. Players have to complete six tasks and at the very end, players can unlock AK117 – Static Electricity with loads of Battle Points XP.

After completing first three tasks, the last couple of tasks are related to legendary weapons in COD Mobile. To complete these tasks, players have to pick the weapon three times and also kill 5 enemies with the same. It is very easy to do so once you understand the weapon terminologies with respect to its rarity.

The weapon and its rarity is depicted by a special colour for multiplayer and battle-royale games. Players have to keep a keen eye while roaming around the BR map and pick the correct weapon to complete the tasks. Here is the list of weapon rarity and its colour code representation.

How to pick Legendary Weapons in COD Mobile

From the table given above, it is very clear that players have to pick only weapons shining in Golden hue to complete these tasks. After jumping into BR maps, search for weapons that are shining in this colour. You can try hotdropping in locations that provide larger amounts of loot to have a better chance at acquiring legendary weapons in COD Mobile. Search for drop crates that usually come with a legendary weapon like Assault Rifles and repeat the process three times to complete the first task. While collecting these weapons, make sure to grab some kills to complete the second tasks. A minimum of 5 kills is a must.

With this information, we hope that you have a clear idea about the weapon status and how to complete the Survival Kit event. Grab the Legendary weapons as fast as you can and collect the AK117 skin before time runs out.

Also Read: How to get BiSH emote for free in COD Mobile. 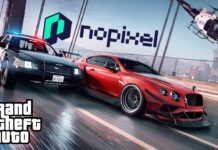 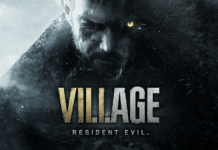 Where to find Gardener’s Key in Resident Evil Village?

How To Get The Lightsaber in Resident Evil Village?