Happy and co from Vitality are set to Debut on LAN as the full Schedule of Dreamhack Atlanta has been announced.

The Tier 2 tournament gives a chance for up and coming teams like Fragsters, Rogue and compLexity to get a chance to get a lions share of the $100,000 prize pool, as well as improve their rankings.

The tournament, which takes place from November 16-18, is set to feature 8 teams, with 6 direct invites, and 2 slots which were decided by a qualifier, the winners of which were Vitality from Europe and eUnited from North America.

The Format is the standard one used in DreamHack events; a double elimination group stage, with Besto of 1 upper bracket matches and a Best of 3 Lower Bracket matches, following which there will be single elimination, Best of 3 Matches till the finals. The heavy favorites and Major Legends compLexity, are set to face newly formed NA team Envy, whereas the team Envy dropped, Vitality, is set to debut on LAN against Ghost Gaming. Luminosity are set to take on eUnited, whereas high flying Danes Fragsters will play against fellow countryman MSL and Rogue, to complete the round 1 Matchups.

Here is the full Schedule of the event: 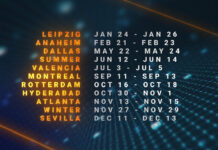 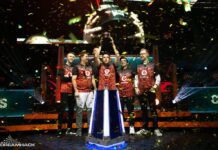