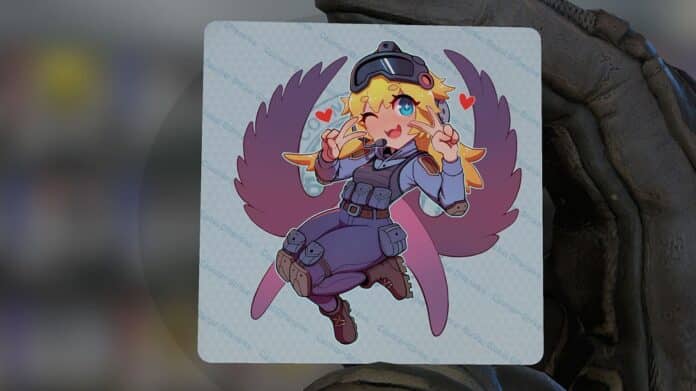 Since the dawn of the release of CSGO, stickers have always remained one of the most popular choices of purchase for skin-enthusiasts and investors alike.

Stickers in CSGO can be applied on any weapon skin in the game, and with the plethora of stickers available in the marketplace, players have the freedom to express themselves by creating unique combinations of various stickers on their weapon skins.

If you’re an Anime fan who likes customizing their skins with stickers, you might just be in luck. A Belarusian CSGO fan and community content creator has developed a couple of Anime-themed CSGO stickers that are currently taking over the internet.

The sticker collection has been named as ‘Kawai Offensive’ by creator ‘Milong’, and to call it cute would be an understatement. The stickers have been made for the CSGO10 sticker contest that was announced by Valve a few months ago as part of the celebrations for the tenth anniversary of CSGO.

The Kawai Offensive collection features two stickers: Terrorist_Chan and CT_Chan, with both of them looking equally as gorgeous.

The Terrorist_Chan sticker features a female Anime-themed character holding a knife in each hand, with a star located in the middle of both knives, which looks similar to the Terrorist side symbol in the game itself. The sticker can be scraped to reveal a change in the expression of the character, with the words “How dare you… Scraping me?” appearing.

The CT_Chan sticker also features an Anime-themed character with V-signs in each hand. Scraping the sticker will reveal the character in an entirely new position with the words “Why are you scraping me?” appearing.

Do note that it’s still not certain if the Kawai Offensive stickers will be making it to the game, but with the amount of traction that the stickers are getting, it’s safe to say that fans have a good chance of seeing them in the upcoming CSGO10 Sticker Capsule.