Valorant: All you need to know about the RiotX Arcane event in Valorant

The developers at Riot have decided to commemorate their forthcoming series, Arcane on Netflix based on their MOBA game League of Legends by introducing a special event, RiotX Arcane and in addition, have added a special battle-pass and collectors set to be scored during the event. This event will run from November 5-22 and may also require you to connect your Twitch account with that of Valorant.

A free for all battle pass will be soon deployed by Riot into their first-person tactical shooter, Valorant as a part of the brand new Netflix series, Arcane. The content which will be made available during this event will be based on the series and the game League of Legends. It’s been learnt that the special collectors set would have a purple and golden-themed sheriff and would be the only item in the set and does resemble the theme of Jinx, the main protagonist of the Riot’s Netflix series. 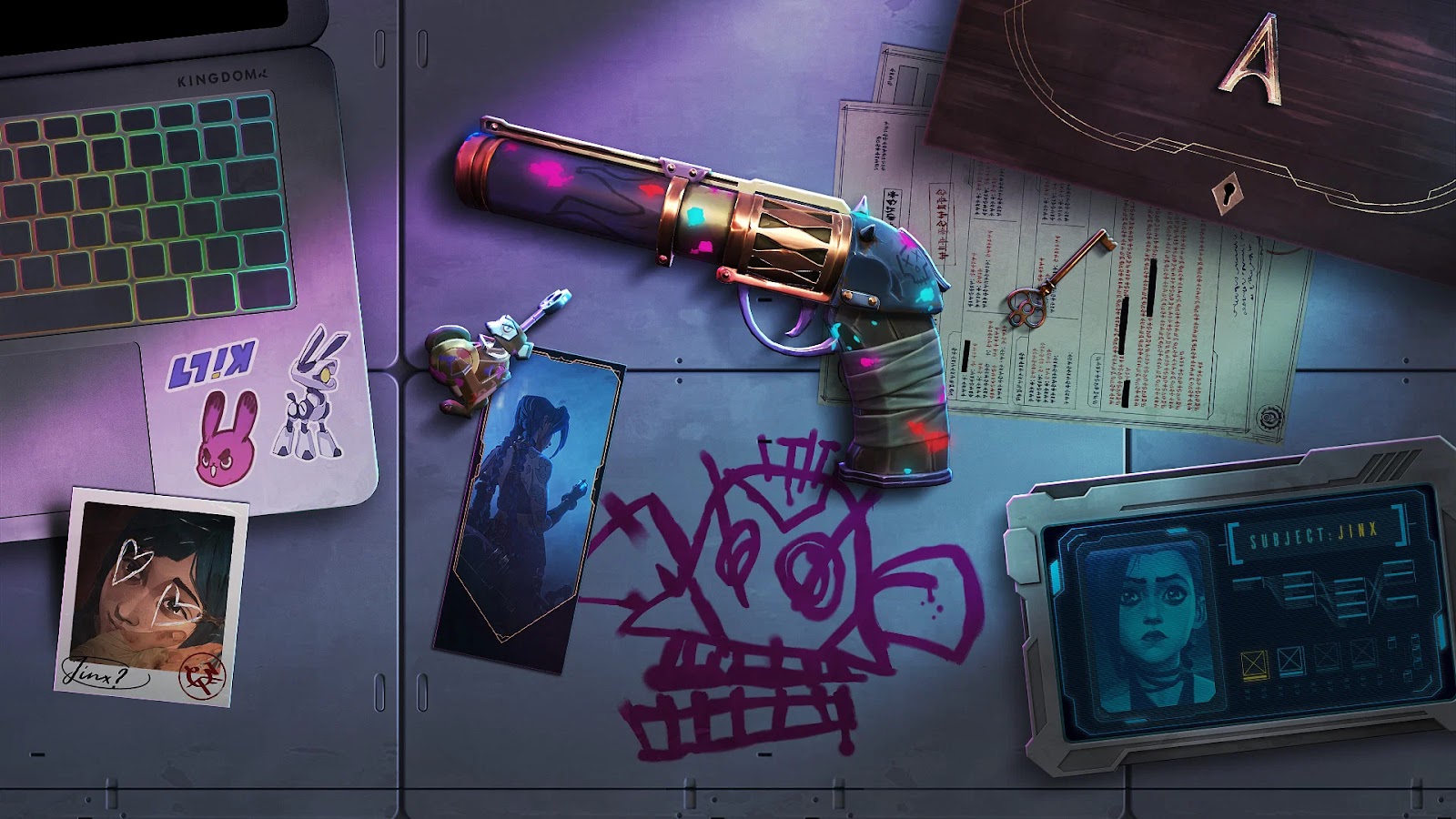 Here is some trivia you may need to know before heading into the event :

3. Items won’t return to the VALORANT Store or Night. Market and must be purchased as part of the complete bundle

Alongside the exclusive collector set, a free for all battlepass has also been revealed by Riot and you will have exactly eighteen days to progress the said pass by earning experience points against your games played.  A total of ten items would be up for grabs and the list for the same is as follows and in order : 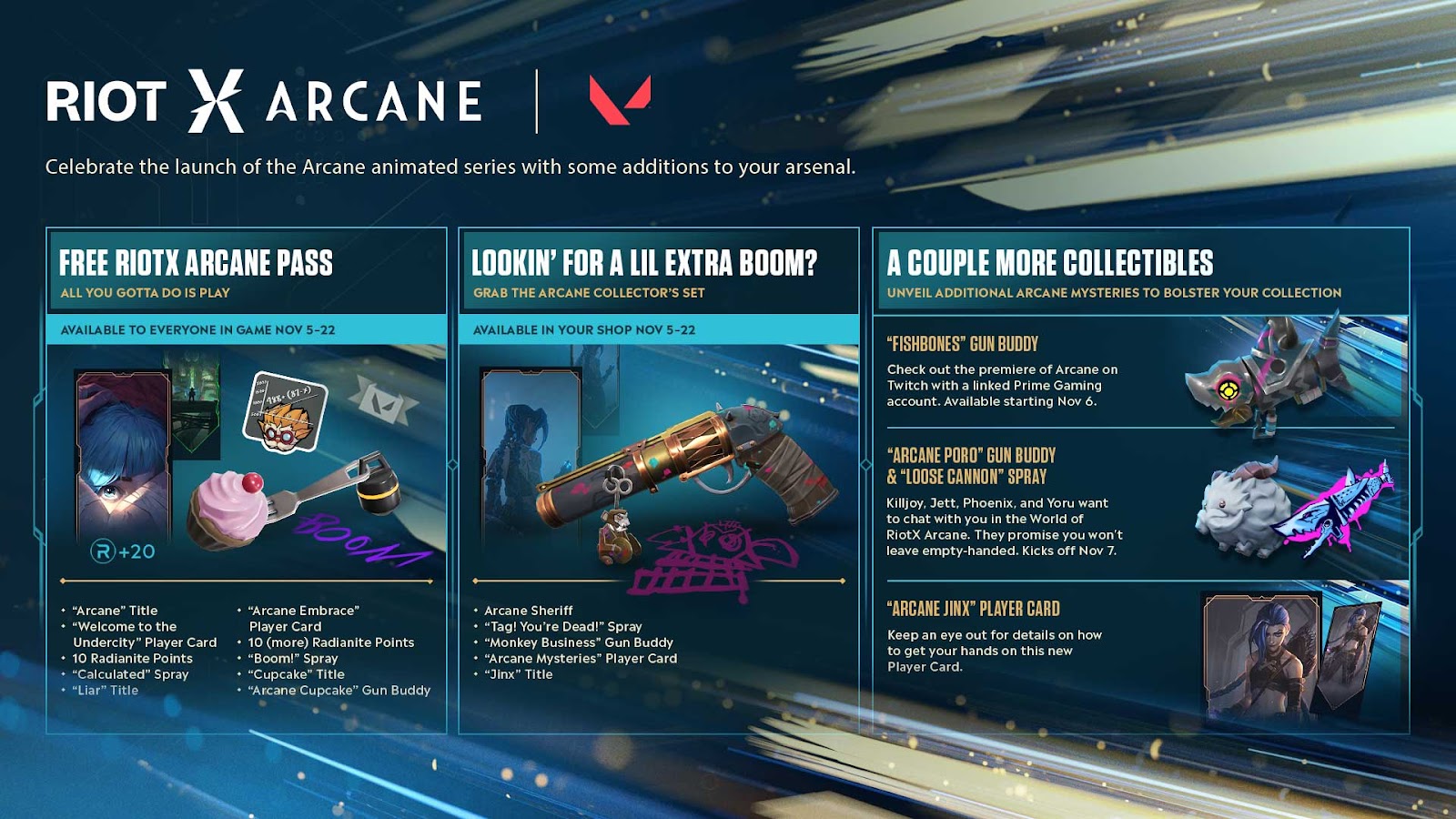 You may also secure four more items by linking your Prime Gaming account to your Twitch ID and by completing a specific set of missions in-game. An exclusive “Arcane Jinx” player card will also be made available, details yet to be revealed by Riot.