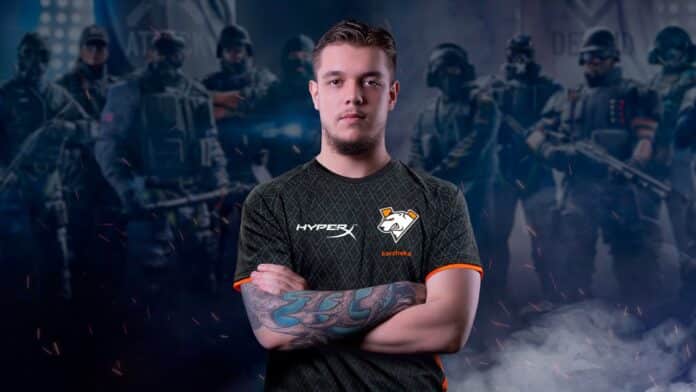 Eugene “karzheka” Petrishin: “It didn’t take me a long time to accept the offer from Virtus.pro. I’ve known the players for quite some time: played with some, met some at the tournaments. So I have a good understanding of who they are. The guys are young and ambitious and I hope that my experience will help them to put their energy in a right direction. I’m delighted to play for VP and will do my best to meet the expectations of our fans and management.”

Kirill Zolotov, Virtus.pro R6 team manager: “We are happy to have karzheka in our team. Eugene is one of the most decorated CIS players with Invitational Finals and a lot of international trophies under his belt. His experience will complement our roster really well. The guys already know each other so it won’t take long for him to adapt. I’m sure karzheka is a great pick and he will soon be able to prove it to everyone.”