Player Unknown’s Battlegrounds is a multiplayer battle royale game which rose to supremacy soon after its release. Currently, PUBG has over 400 million users with 50 million users playing it on a daily basis.

TENCENT put in unbeatable effort into perfecting this game and making it a global sensation when it comes to battle royale. Depending upon the game mode, a certain number of players land at a location and salvage items and resources and fight till their death to become the last man standing. Tencent designed the game’s maps with utmost detail but what if we told you that a few of your favourite loot spots actually exist in real life?

The famous hot drop location truly exists in Chernobyl, Russia. It is one of the most crowded places on the map with constant action taking place throughout the game. The abandoned Pripyat swimming pool is also featured in the game where players can find decent to good level loot. The key to survive is to depend on audio cues to take down nearby enemies at a fast pace.

We all remember the moment when we came across a hidden bunker in the game and looted some pretty impressive stuff. Yes, Shelter too exists in real life in the form of abandoned storage of nuclear weapons, at Fedosia – Ukraine. The shelter is a popular drop location where intense squad fights take place beneath the ground. The bunker is not marked on the map but once you find this mega load of loot, you just can’t forget where it was.

The infamous hot drop location where you either find supreme quality loot which might just win you the game or get rushed upon by a squad which was sadly quicker than you. This location exists in the real world at Kaliningrad, Russia. Georgopol is one of the most visited places on the map and if you’re planning to land here, just be as fast as you can to turn your opponents into dust.

An island connected to the mainland via two bridges and a vast space of water, this drop location provides the player with a wide array of loot buildings varying from mini bunkers to radio towers. The real-life location is present in Duga, Russia. Whenever you land at this location, always be careful while leaving as a squad might just be waiting to welcome you at any of the two bridges!

An array of buildings parallel to a road just to the north of the mansion. The paddy hay which makes for a majority part where tactical ambushes and gunfights take places is actually located in the Slovakia province, Russia. You can find brilliant loot at this location if you figure out which building types hold the maximum items and can later execute enemies with ease in the massive barren hay land when they are trying to run away from you in a frenzy of fear.

Located at the south-east end of the map, this massive depression in the land makes up for cabins and small-sized buildings where you can salvage a decent amount of loot. The real-life location of this map is taken from West Roxbury quarry. The key tactic to survive at this spot is to be alert of your surroundings as a shot can be landed from any direction from a player at an elevated spot. This is a rather unpopular landing spot but later develops into a battleground for heavy assaults and planned team fights.

A temple type structure which sits at the Eastern side of sanhok is one of the most popular hot drop locations on the map. A complicated section of tunnels results in close end gunfights and melee wars. A player needs to know this location like the palm of their hands to ace their way out of it. You can find all the loot you need to win the game right at this major spot. The real-life place is taken from Mountains of Dagestan, Russia.

A valley surrounded by mountains sits at the north-west side of Erangel where you can find essential pieces of Armour and weapons. The real-life location is taken from Alberty, Rocky mountain region, Canada. Vast areas of Greenlands exists around this location, which requires you to make an early run to reach the safe zone in time. This location saves you from being killed early on in the game and make it into the top 50 with ease.

A beautiful landscape full of dried-out trees can be seen just as you exit Mylta Power. Beware of prone or hidden enemies as they can take advantage of your carelessness and end your game with a single shot to the head. It serves to be as an amazing waiting spot if you want to rally with your teammates or get a few early kills in-game. The location red forest is taken from Red forest, Chernobyl surrounded by nuclear power plants.

Mylta Power, the most popular spot at the south-west end of Erangel can be identified by enormous nuclear power plant buildings serving as hiding spots. You can find a high amount of submachine guns as well as assault rifles at this location but beware as you surely won’t be the only one there. Widespread buildings make traversing a difficult task and having a vehicle at your disposal might just be a lifesaver at times. This location is inspired by the infamous Chernobyl nuclear power plants in Russia.

Well, Tencent really did manage to turn these real-life locations into havens of destruction as PUBG maps in real life where all of you battle it out for supremacy over the 99 others that you left behind. We are excited to see what more is yet to come with map updates and remastered versions of existing maps. Stay tuned for more! 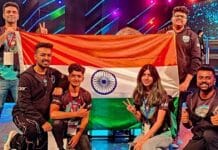 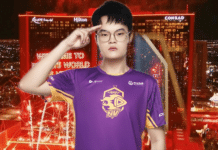 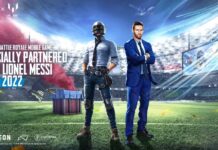 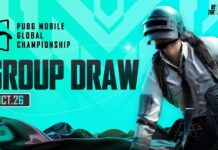 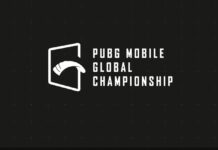 PMGC League Stage to be held in Malaysia 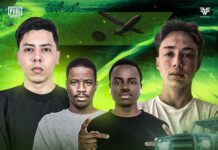