Microsoft launched its twitch rival streaming service, Mixer with all guns blazing just a few months ago. With high profile Twitch streamers such as Shroud and Ninja switching to Mixer after signing an exclusive deal everyone thought Mixer will see more such deals and grow exponentially. However, since the initial hype and release, the service hasn’t made any big announcements.

In the past 6 months, Mixer has lost a big chunk of its management and talents such as the original founders, alongside a general manager and corporate vice president. Although these departing were reported publicly, some details were omitted.

A report from OnMSFT reported that over the last six months, there have been a total of sixteen layoffs due to budget cuts and since then Mixer has lost more than 25% of its working force and has been operating on skeleton crew which has caused feature releases to slip schedules.

Replying to OnMSFT’s email an employee also shared a video of the newly-appointed general manager Shilpa Yadla, when she spoke at the Mixer town hall trying to address the growing sense of frustration and low morale within the service.

In the video, Shilpa can be heard rather harsh. She refers to internal feedback as “blah, blah, blah” and surmise legitimate issues as “negative feedback.” and mentions she has no tolerance for “negativity” or “negative feedback” and that she is not there to “sympathize with anybody.”

Microsoft has reportedly spent millions on signing high profile streamers but doesn’t seem to have made a particularly large investment in the service. If the reports about Mixer having internal tensions and working with a skeleton crew are right then Microsoft is in for a bad 2020 as the other competitors are picking up the pace and introducing new features, which might result in people switching over to those services and Mixer going under. 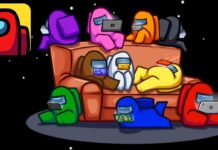