We can’t stop complaining, can we? This is how things work in a developing industry where people fail to balance between ‘what is available’ and ‘what can be achieved’. And surely, we are not into the right direction.

We published a story couple of days ago about the registrations of ESEA League Season 22 which also offered an opportunity to the winner of the league to get a slot at IEM Oakland and a $50,000 LAN finals happening later this year.

The piece got 1200+ hits but unfortunately nobody took it seriously or rather presumed it ‘not so important’ and moved on. What’s shocking is, even though few of the companies and eSports organization in India which are trying to create an ecosystem for gamers and the community to offer shelter, top tier teams are not taking things seriously instead they only want to compete in rather ‘large’ events and not the consistent ones.

To answer the defense of the league being ‘expensive’ (roughly $20), it is quiet naive to say the least, when one can travel all across the country from one place to another, and wouldn’t commit to spend $40 to play and participate in an online event with all of the top teams in your region and gaining experience from them. When teams like TyLoo, MongolZ, nxl are participating in the event, top Indian sides had a chance to compete with the best and observe some positive and inspirational vibes from the rosters who are well off dedicated than us. 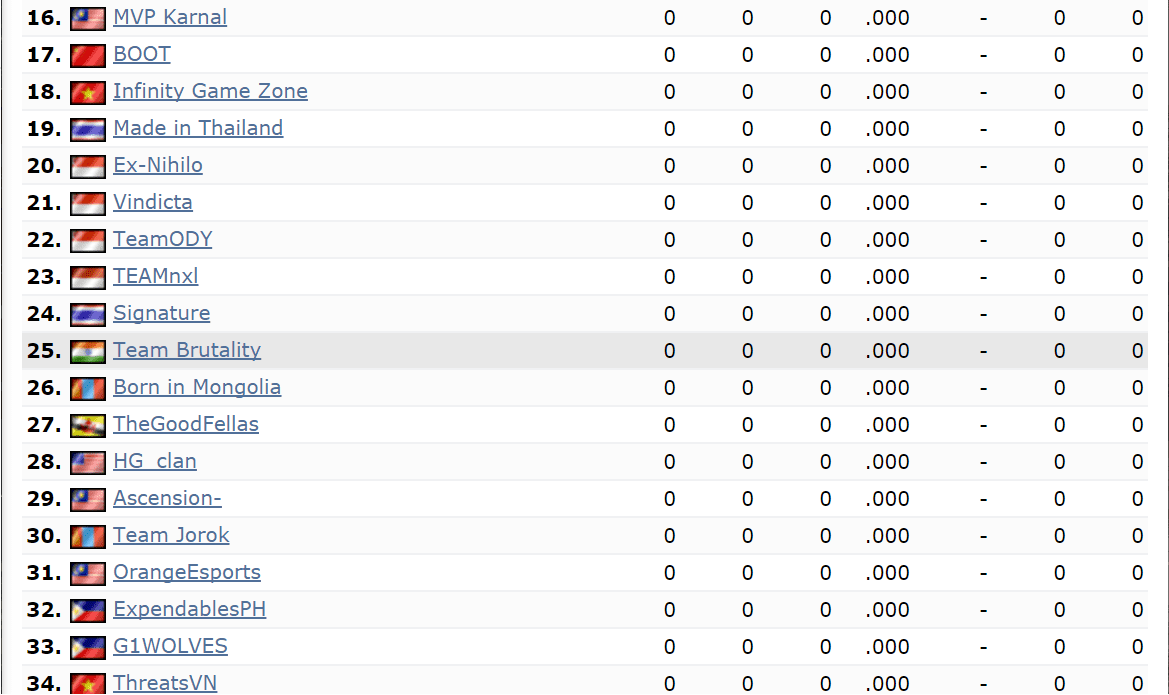 Check out the stats of the participating teams;

Out of the 52 participating teams, 4 are from Korea, 6 from Malaysia, 5 from Japan around 8 or more from Singapore and a couple of from China and Vietnam even, what lacks in Indians to get themselves together and persuade participation?

Team Brutality, who were the finalists in the ESEA Season 21 managed to get us smallest of recognition on a stranger neighborhood, even then we were not able to get inspired? I mean, If today even if a company or government ministry interests to recognize us as a developing community, can we prepare and present facts upfront on what actually have we achieved? The answer is plain and simple, no. We do not have any other professional competitive team in our country other than Brutality, no matter how much we fight within ourselves. We do have some inconsistent rosters formed temporary but not as certain to be continued for a longer period. And we do not deserve to blame or complain about lack of sponsorship because even they want to see the competitive scene when it concerns about breaking banks.

TyLoo, which made whole of Asia proud at Malmo is also a participant in the league, what are the odds what Brutality will face them in any level of the league? Certainly not zero. How would Indian teams benefit from participating? They would have been able to play against the team which defeated the world’s best Counter Strike: Global Offensive team, Luminosity and knocked them out of the tournament.

What are our future endeavors?

So some of the top rosters including, MxB, Scorchers, Overcome, InvisibleWings and much more of the tier 1 belt, what is their aimset? If you want to see eSport and competitive gaming as your career ahead in the future then you got to be consistent in playing and keep yourself improving.

If you can travel around the country in different states all-together to compete in event, even then it is way more inexpensive to play an online tournament with collectives of incentives. This is not to mock anybody on their personal arrangements but a reminder to wakeup and start taking things seriously if you want to see the sport growing.

While talking to the community veteran and the IGL of Brutality, Ankit ‘V3nom ‘ Panth, he also shared his mutual grief, burdened even by the number of targets they need to lock before pledging themselves into this;

The only thing that disappoints us is that we have no support from our fellow Indian teams and have to be the sole bearer of the Indian flag. Whereas you will see multiple teams from Singapore, Vietnam, Indonesia, Malaysia, China etc participating in the league and trying to make their nation proud. We all know there is only going to be 1 winner but all these teams are not scared of losing so why does India only have us ? Even we had a rough start in season 18 of ESEA but that didn’t make us quit. We made it to top 16 then top 8 and last season were the runners up. The Indian teams who are ignoring this should know that you are missing on a big opportunity. I have said this many times and ill say it again that fighting against each other and winning in India wont do any good. Maybe your sole aim is to defeat Indian teams and just win Indian events. What after you do that ? You will be happy for 2 days maximum and promote yourself as a winner everywhere but you should understand that at one point even the community will wants us to perform outside our territory. There are teams like mxb, overcome, invisible wings and many more who are doing well in the indian circuit, why not enter the Asian scene now. I didn’t say scorchers because i know they wanted to register but missed on the timing. We have to move out of our comfort zones and challenge the world or at least try doing something that we can feel proud of. We have to move as a unit supporting each other. Even we were scared when we entered Esea Asian league for the first time in Season 18. We were thrashed but that didn’t make us stop, we continued trying and here we are, proudly calling ourselves the runners up of ESEA Season 21. If we can do it, anyone can. We anyways don’t get much opportunities to play these Asian teams so we should make the most of the chances that are given to us.

Why Team Brutality has to be the only one hoisting our flag in Asia-Pacific region, despite so much growth of the community within? We understand about the tier 2 teams who have inconsistent rosters but what about the rest of the front-runners?

The only questions is why Brutality has to knock down all the neighboring opponents and no one else to accompany them on their way? Share your thoughts so that I know of not barking at the wrong tree. 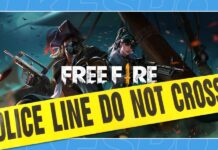