It was an opportunity for Indians to get four-squared into the eSports map of Asia, but once again the result of the match wasn’t unconventional as we lost to HongKong 0-2 (8-16 on mirage and cache) in a best of three and are done for this year’s The World Championship 2016.

Principally not shocking, yet it hurts to see the poor performance of the roster which is representing the nation in a global affair. The strength whatever may be, weaken may be the criticism, all we always get is an unrecoverable loss followed by disappointments from the players and comes retirement.

The mockery isn’t when we discuss the issue, it is when the issue isn’t looked out of the intentions of solving it. The Indian lineup at The World Championship 2016 surely had the potential of winning at least a map. From the leaders which hold international experience and their colleagues along with whom they represented India on multiple occasions, it didn’t seem like this roster was the only best option we had. With great power comes great responsibility, and sometimes pomposity.

If teams like Invisible Wings, don’t gain experience now, then when?

Even though with the likes of V3n0m, Excalibur, astarrrr, psy, antidote, Ad1, fox,  and other top players in the country, the lineup was finalized rather just for the sake of participating and proving the regular opponents wrong. But the question is, is politics necessary even when the purpose is to represent once’s nation? Or there are no exceptions to foul play?

When there are teams like D5, Invisible Wings, SimpleX Gaming and similars who don’t hold the experience but have the potential, was it necessary to bring in a player from the abroad? I don’t mean here talking about his individuality or performance, because even if he tried his best in the first map, it didn’t bring any difference to the outcome. And I somewhere had this hope that Havoc can help Ace carry the team after he was added to the roster the previous day. If the teams like IW, D5 and SXG don’t get an opportunity to gain experience now, when will be able to participate in international events to level up with the legends?

The recipe for preparing an Indian continental dish is definitely not Pasta.

It is rightly said that we should never just complain, but produce a solution before asking for judgement. The roster could have been better with the addition of new talents combined with the experienced athletes. And No, the answer to difficulties is not solved by playing the victim card, but by being decisive rationally. When I wrote a piece showing my disagreement to the roster shuffle and my graciousness and respect towards Team Brutality for being what they are today, intact and professional, I was being threatened and abused brutally by the so-called professionals of the industry for being too loud and factual.

They were destroyed not because of lack of talent, utilities, resources or whatever groundless reason. We lost to sheer dominance.

After watching RiX perform today, now we know why it is important to play with a team consistently rather switching doors every weekend. I personally urge everyone that this is not about you or me or a point of ego-clash, but an organic affection coming from an Indian who wants to see India participating overseas and getting us a recognition!

Bonus advice: Do not focus only on the major events, participate in events regularly, stick to your regular five for a better understanding of team-game. Look out for players beyond your radar, there are CS:GO professionals in every part of the country. 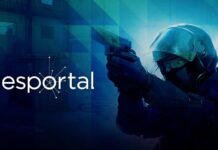