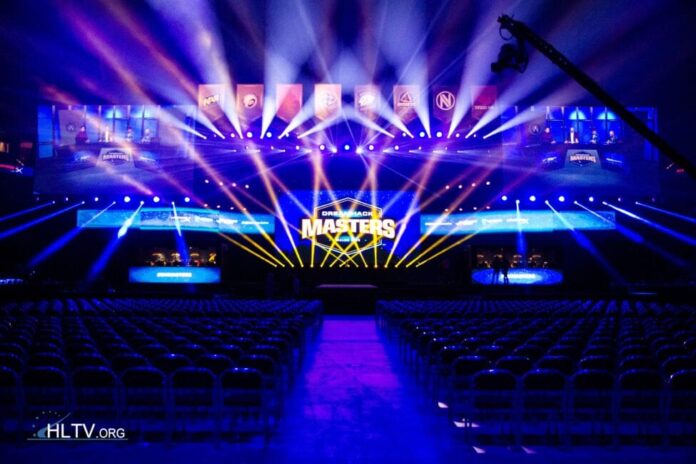 Masters, DreamHack Masters is all set to complete its this year run at Malmö. The five-day long $250,000 event showcased some of the breathtaking matches and results to remember forever along with an additional development of the Asian scene alltogether after a breahtaking performance by TyLoo at the group stages and playoffs.

Today, the event will complete its tenure for this year with two classical semi-finals and a grand match to award the winner. The first semi-final match will be between Na`Vi and EnVyUs where both of them look strong and subtle in taking their journey and making this master a victory record in their portfolio. The second semifinal will be GODSENT vs NiP, a fun match to watch to as to whom the crowd will be supporting. Both the teams at home-ground performing before their audiences, both of them want to prove themselves at this stage of the game. The ex-fnatic leader who said in an interview that he’ll be well off playing for a different team since his lack of top performance at fnatic made unfortunate results at a major.  The team which formed roughly 10-days-ago already have come through a long way ahead of Astralis, mousesports, CLG, Luminosity and Liquid. The lineup, lead by pronax followed by Twist, Lekr0, pauf and znajder are sweden’s yet another strongest Counter Strike lineup to face-off against their rebel rivalary Ninjas in Pyjamas. The match favorites are definitely NiP, but there’s much too see from GODSENT, as they have been playing flawless as a team with individual skill taking over at essential rounds.

Players to look for would be Xizt and pronax, since they have been stepping up to perform for their team at the much needed time, this will be the perfect moment to showcase their skills while on board facing a touch elimination match versus the country favorites. The two best AWPers in the world right now will face-off against each other at the semifinal number one. Na`Vi as a team look strong compared to EnVyUs, it is the rifflers who supports the AWPer in many ways so as to give them a breathing space to play comfortably not worrying about not having their backs. GuardiaN was very confident the last day at stage even after his serious wrist injury, he seemed totally recovered by the style of his gameplay. KennyS on the other hand isn’t a player which fails to perform at this stage, he doesn’t need support from his players in order for himself to perform. He can outplay some of the great teams in the world when it comes to putting his skills to display. No matter on how both the teams perform, this individual battle will be the most exciting of all!