Since the dawn of multiplayer video games, AFKers have been a cause of major concern for the other players on a server. This is especially true for competitive shooters like Valorant that requires players to be constantly moving and paying attention to the game.

Recently, Valorant players have been raising a lot of complaints against the developers for not implementing measures to tackle the issue of AFKing effectively. It seems like Riot has listened to its fans, as they’ve announced that AFKing in Valorant will earn players a 1-hour ban.

“We just fixed a bug where AFK penalties were not being applied,” the devs said in a Tweet. “So if you suddenly find yourself with an hour-long ban, it’s because your bad habits just caught up to you.”

Needless to say, fans are appreciative of this much-needed change finally arriving in the shooter. They have also expressed their support to the devs in the comments’ section of the Tweet. 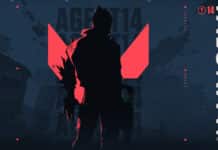